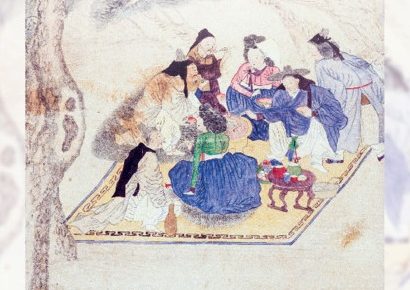 Soju, distinctive spirit of Korea, is clear and colorless and tastes like vodka. Not as famous as brandy and vodka, the true global spirits, soju has recently become popular on the international market thanks to Korean Wave (Hallyu), the growing world popularity of K-Pop, Korean dramas, and Korean food. Today’s soju has evolved over time, reemerging in different forms in different contexts. As my title suggests, we can only understand soju’s development from a broader perspective of spirits, that is, of distilled liquors, and of changing distillation technologies. My book traces the origins of soju in Korea, but also discusses the development of spirits in a broader world. Other kinds of spirits from outside Korea, spirits such as Chinese shaojiu and Near Eastern arak, directly influenced the development of soju, Korean for shaojiu, and the whole idea behind it.

Today, soju is easily found, and has become very popular in the world. It is mass-produced in large factories using the latest technologies. Korean soju companies have found ways to accelerate soju-bottling in an efficient process combining ethanol spirits, water, and flavors. The result is one of the world’s cheapest distilled liquors. It was not always so. Prior to today’s mass-produced, industrial soju, Korea had a rich history of traditionally-prepared soju using the slow methods for distilling fermented rice wine. In order to understand modern industrial soju, we should also look at the history of traditional soju, along with related global changes in science, technology, and culture. The modern soju machines were developed in the early twentieth century under Japanese colonial rule, but the fundamental technology goes back to the Scientific and Industrial Revolutions. If we look even farther back in history, we see that distillation itself goes back to ancient times. The traditional techniques involved were transferred and exchanged among different societies in pre-modern cross-cultural contacts.

Interestingly, while distillation technology developed in various ancient societies, it was the thirteenth-century steppe Mongols who played the most crucial role in the widespread dissemination of spirits to different parts of Eurasia, including Korea. The Mongols did not invent distillation, but they certainly did popularize, across their empire and beyond, a great variety of spirits known generally by the Arabic word arak (ʿaraq), Mongolian arkhi, Turkic arajhi. Soju was introduced to Korea, then part of the Mongolian empire, as arak. In other words, the history of soju in Korea is closely linked to the development of global spirits. The relatively well-documented case of soju’s origin and propagation helps us explore the ways in which these distilled liquors and their newly-developed technological methods (the Mongols had their own kind of still) spread to far-flung regions of Afro-Eurasia through cross-cultural exchange.

After soju settled into Korean society, materials and methods used to make the spirit localized; this made possible development of soju’s unique characteristics, encouraging the creation of conditions making for soju’s re-transmission into a wider world in the tumultuous twentieth and twenty-first centuries. In short, soju, an icon of Korean food culture, first developed in a thriving milieu characterized by trans-Eurasian exchanges of culture and technology. In this respect, soju is an ideal object from a global historical perspective. The example of soju helps us visualize the process of globalization that emerged in Asia far earlier than it did in the West.

About the Author: Hyunhee Park

Hyunhee Park is Associate Professor of History at the City University of New York, John Jay College of Criminal Justice and the CUNY Graduate Center....