Consul Games (and Other Legal Stories of Empire) 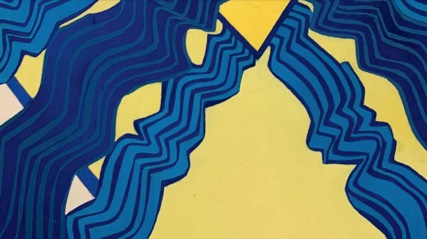 The recent spat between the EU and the UK over the legitimate status of EU ambassadors is a reminder of the ways in which states assert their existence. By refusing to give the EU ambassador the same status as a fellow state counterpart, the UK emphasised a sovereign hierarchy that nation-states feel the need to show off – in spite of all the Westphalian imaginary that (falsely) surrounds their political history. This case illustrates how diplomatic actions are useful ways for states to mark their sovereign territory, and how asserting their political legitimacy must be relentlessly performed in the contemporary international system.

In the early modern period, before nation-states, a wide range of diplomatic actors represented, informed, and negotiated on behalf of sovereigns and other powerful actors. Diplomacy was a much broader and varied activity than the institutionalised profession we think about now. It was open to a wide range of people and could be performed through a variety of activities. Like nation-states today, early modern European empires – the Castilian, French, Dutch, and English/British – made sure to assert themselves and expand their sovereign reach through the actions and statuses of their representatives. How they did so is the main research question of Jurisdictional Accumulation.

For example, overseas consuls in ports and trading cities were complex actors which played a variety of diplomatic and political roles in relation to foreign communities. Amongst other roles, they performed legal duties such as adjudicating and administering the affairs of foreign residents and merchants. To do so, they accumulated jurisdictional functions, rights, statuses, and privileges, and did so with varying degrees of conflict or support from local and foreign rulers.

Similarly, European colonisers in the Americas struggled against their Crown representatives (either directly or as intermediaries) to assert themselves over indigenous peoples. All used jurisdictional means to navigate these conflicts and negotiate their positions, broken down in the book as transplants, transports, and extensions of authority. In other words, these actors claimed some form of jurisdiction – the exercise of power over a set of functions or territory – through various more or less direct practices so as to maintain and expand their authority and existence.

What these examples illustrate, and which traces them back to cases such as the current EU-UK diplomatic row, is the significance of legally demarcating one’s assertion of and claim for authority. This process, which I call jurisdictional accumulation, particularly characterises early modern imperialism.

This process matters because this period is either considered as emblematic of the slow but irreversible formation of the Westphalian form of sovereign territoriality by classic diplomatic historians; or as the beginning of capitalist processes of imperial expansion by certain Marxist historians. Both fail to capture a key process that refutes both these narratives of development. Early modern empires and their jurisdictional forms of expansion – through consuls, ambassadors, lawyers, merchants, ecclesiastics, trading companies, etc. – did not give birth to modern territoriality or to capitalism.

These actors, working both for their representatives and for themselves in the shadows of empires, shaped an early modern world that was ‘up for grabs’, i.e. that opened possibilities for various modes of expansion and production to co-exist. Nevertheless, this world constructed its own logic rather than simply being a transitional phase between a dark and divided feudal world, and an enlightened and progressive modernity. In other words, this process of jurisdictional accumulation shows that international history, or the history of societies, does not follow clear pre-determined or inevitable paths. Modern territorial sovereignty was not the necessary and inevitable solution to feudal jurisdictional multiplicity, nor was capitalism the inevitable liberator of feudal chains.

Instead, the early modern period was witness to specific struggles that shaped the distribution of authority according to personal, maritime, and territorial conditions. These form the basis to how the contemporary international legal order was shaped as both a limit and condition to the sovereign state, and how both remain in perpetual need of proving or disproving their authority.

Thus, jurisdictional accumulation produced a variety of extraterritorial assertions of authority far beyond the classic cases of ambassadorial immunity and Ottoman capitulations. This helps to explain the paradox of extraterritorial jurisdiction as both an exception and condition to the modern states system. Moreover, this process enables a more in depth understanding of the role of intermediary and sub-sovereign actors that shaped imperial expansion in this period and beyond. Finally, by starting from social property relations and moving through various colonial and transnational processes of legal expansion, Jurisdictional Accumulation provides a new approach to doing ‘international relations and international law’ history, based on a Political Marxist approach to imperialism.

About the Author: Maïa Pal