Barn Owls: Evolution and Ecology – Why has the barn owl been so successful in colonising the planet? 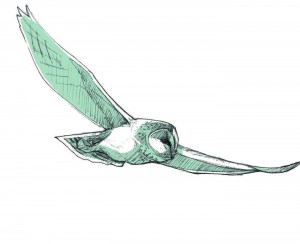 Why were these 17 species such successful colonisers in contrast to most other birds?

Most cosmopolitan birds exploit water environments and because there is water everywhere, with continents surrounded by oceans, this is not surprising! There are just four cosmopolitan species that are not associated with water: pigeons, house sparrows, peregrine falcons and barn owls! Leaving aside pigeons and sparrows, which are globally distributed because humans introduced them everywhere on Earth, we are left with only the peregrine falcon and the barn owl – two species out of 10, 000. This is exceptional!

Why is the barn owl so cosmopolitan?

People usually think that this is because they live close to humans by breeding in our buildings. Since humans have migrated across the Earth, you could assume the barn owl may have just followed us. Wrong! Agricultural practices, which is when we believe humans became settled, began only 10, 000 years ago, long after the barn owl had colonised the planet. Therefore, we are left to find other reasons to explain why this bird is such a good explorer, and was able to settle down once it colonised a new place. A good explorer? This is paradoxical because this owl is not migratory, it only very rarely crosses bodies of water and it is not known for flying exceptionally long distances. To conquer the world, it is therefore not required to be the best flying machine but instead to be able to exploit the newly discovered environments. Even if it takes millions of years to reach every place on Earth, the key aspect is to be sufficiently adaptable to find food and live in new conditions.

What makes the barn owl so amazingly capable of surviving anywhere?

Many biological particularities may have helped the barn owl to conquer the world: 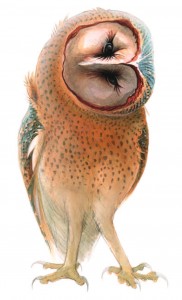 Understanding why the barn owl is cosmopolitan requires knowledge about every aspects of its biology. This is why our research group has been dedicated to studying the barn owl for 25 years and counting! This is also why I wrote this new book (Barn Owls: Evolution and Ecology) that compiles the knowledge accumulated worldwide. To this end, I read 3,696 papers written just on the barn owl and relatives (masked owls, sooty owls and grass owls). Barn Owls reports the facts about its evolutionary ecology aspects with an accessible writing style and is illustrated by dozens of wonderful paintings and drawings by accomplished artist, Laurent Willenegger. Even if I am an academic, I was initially an enthusiastic amateur ornithologist. This is why my goal with this book is to present the natural history of the barn owl to a wide audience from academics to the general public.

The study of the barn owl is more than just accumulating scientific data. We are also involved in Education and Environmental Peace building. 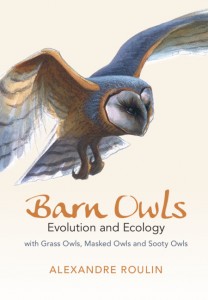 About the Author: Alexandre Roulin

Alexandre Roulin is Full Professor in the Department of Ecology and Evolution at the Université de Lausanne, Switzerland. He has published more than 240 research papers, the majority of which are on the barn owl. He currently participates in a project that combines ecology and reconciliation in the Middle East, which places the barn owl at the cen...