"War and Childhood in the Era of the Two World Wars" takes a global look at how modern societies imagined childhood as a space of sheltered existence, while at the same time mobilizing their children to help fight their wars and turning them into both victims and actors in the twentieth century's greatest conflicts.

War and childhood may be the theme of the twentieth century.  The totalitarianism, decolonization, and the desperate competition for resources that characterized so much of the century’s history swept children into armed conflict time and time again, challenging basic assumptions about childhood. Even as wars brought out the worst in human behavior toward children, it also inspired extraordinary acts of kindness, sparked child welfare programs, and awakened the global community to the challenges facing children and youth in much of the world. 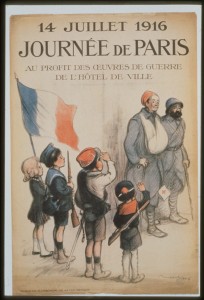 War and Childhood in the Era of the Two World Wars captures the ambiguities of children’s relationships with war. Its fourteen essays offer case studies drawn from Europe, Asia, and the United States of salient points along the spectrum of children’s experiences during and between the world wars.  From toys and books that drew the smallest children into war culture to the mobilization of boys and some girls into military service, from children coming to grips with war through art and youth organizations to press coverage of child victims, children and youth tried to make sense of the war even as the war battered normal childhood experiences and challenged assumptions about the role of and society’s responsibility to children in the twentieth century.

One of the more quixotic attempts to protect children from war and other forms of violence (physical and otherwise), the 1924 Declaration of the Rights of the Child was issued by the League of Nations between the two world wars explored.  It stated simply that “mankind owes to the Child the best that it has to give,” and listed five basic “rights” that civilized societies were obligated to provide for children. 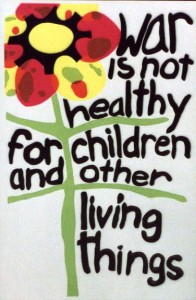 It’s not hard to see that the carnage of the recent Great War—and the effect on the millions of children exposed to deprivation and sickness, forced into refugee camps, and deprived of schooling—weighed heavily on the delegates.

Since the period covered by War and Childhood, the United Nations and other government agencies and NGOs have tried to shield children from all sorts of violence, including war. The UN would pass much-expanded statements on children’s rights in 1959 and again in 1989—and yet children continued—and continue—to be victimized, socialized, and mobilized to war.

The impulse—and failure—to protect children from war are among the legacies of the world wars that framed the first half of the twentieth century. Those are some of the stories told by the authors in War and Childhood. 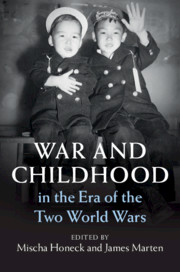 War and Childhood in the Era of the Two World Wars , edited by James Marten and Mischa Honeck is available from March, 2019 from Cambridge University Press.

About the Author: Mischa Honeck

Mischa Honeck teaches US and transatlantic history at the Humboldt University of Berlin. He was a research fellow at the German Historical Institute in Washington, DC, and is the author of Our Frontier Is the World: The Boy Scouts in the Age of American Ascendancy (2018)....

About the Author: James Marten