Happy New Year! Before we start afresh with new interesting blogs and content, we take a moment to reflect on a bumper year of blogging in 2016.

2016 was a fantastic year for the fifteeneightyfour blog which received nearly 50,000 page views (reads). We published 255 articles from 188 different authors across a wide range of topics so a huge thank to all the authors and editors who contributed. Before we kick start 2017 with more interesting contributions let’s take a moment to look back through the top 10 most read posts from 2016:

This post from March was an interview with Daniel Blue discussing his major new biography of German philosopher, Friedrich Nietzche.

9 Incredible Cartoonists: Sindhoor Tilak on the Map of India T

Ritu Gairola Khanduri, author of Caricaturing Culture in India (2014), explores the power of cartoons, and the legacy of R. K. Laxman in this article from January. 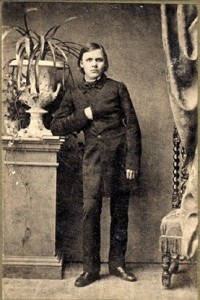 The second post from author Daniel Blue from August, including several pictures of Nietzche taken from 1861 onwards.

In January, another post from Ritu Gairola Khanduri, author of Caricaturing Culture in India (2014), which examined the work of R. K. Laxman and was part of a series of posts.

6 Channel the Bard and Write an Original Play

2016 was a big year for Shakespeare with celebrations to mark the 400th anniversary of his death. This post from April launched a competition to write a short Shakespearean influenced play. We received over 300 spectacular entries, with the final prize going to My Bloody Laundrette by Whoop ‘n’ Wail!

5 How the media is affecting Human Intelligence?

In this article from June, a collection of Cambridge University Press authors and leading experts on Intelligence take on our virtual roundtable on ‘How are technological advances, access to instant information and media forces affecting human intelligence?’ 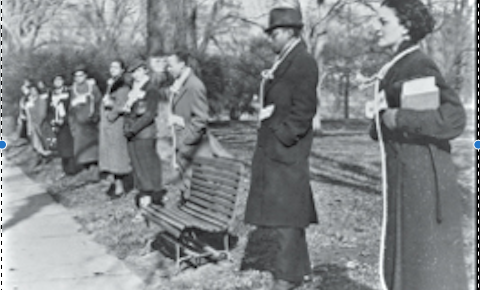 Recent shootings of unarmed blacks have been labeled by some as ‘21st-century lynchings’. In this post from Karlos K. Hill in February, author of ‘Beyond the Rope: The Impact of Lynching on Black Culture and Memory’ examines the meaning behind this characterization, whether it’s inflammatory, and why the discussion matters.

John Suler is author of Psychology of the Digital Age (2016). In this post from July John explores the recent tech phenomenon ‘Pokemon Go’ and discusses whether Pokemon Go is indeed here to stay or is Go, Going, Gone?

2 Cattle Domestication: from Aurochs to Cow

In author Mario Melletti’s post from February he talks about the main steps that have brought us the wide range of modern cattle breeds through the process of domestication of their ancestor, the aurochs.

1 Is Donald Trump a Psychopath?

This highly topical post from renowned psychiatrist Stephen M. Stahl answers the question so many have been wondering. With the highest viewing figures of any blog post this was by far the most popular post of the 2016.

About the Author: Sarah Coates