Carnevale in Venice: Indulging in the Floating City’s Treats

Carnival is steeped in pagan traditions, but also associated with the Christian calendar. It begins the Tuesday before Ash Wednesday, the beginning of Lent, a period when Catholics were required to abstain from eating meat and to renounce ordinary bodily pleasures. Carnival was their last hurrah, a time to gorge and freely unleash licentiousness. Any and all sorts of bawdy pranks were free game. The celebration of Carnival in Venice began in 1162 with the slaughter of a bull and twelve pigs in Piazza San Marco. By 1268 wearing masks had become customary during this lively feast, which was commemorated throughout the life of the Venetian Republic but fell into slumber at the start of the nineteenth century. In 1979 it was revived and has become ever since a world event.

The Carnival period in Venice is a wonderful time to experience the pleasures of the city, unique for its amphibious environment (i.e., one can drink and not have to worry about driving!). I like to wander through the labyrinth and people watch. Residents and guests provide live theater as they weave in and out of calli (streets) and frolic in the campi (squares). The squares offer shows, concerts, parades, and make-up artists. Not to miss is a stroll past Caffè Florian, perhaps the oldest café in Europe, on the Piazza San Marco, where masked guests sip coffee and pudding-thick hot chocolate and show off their imaginative costumes to passers by. The Piazza itself is a fascinating stage, hosting tricksters and hawkers as well as a magnificent ball on Fat Tuesday. 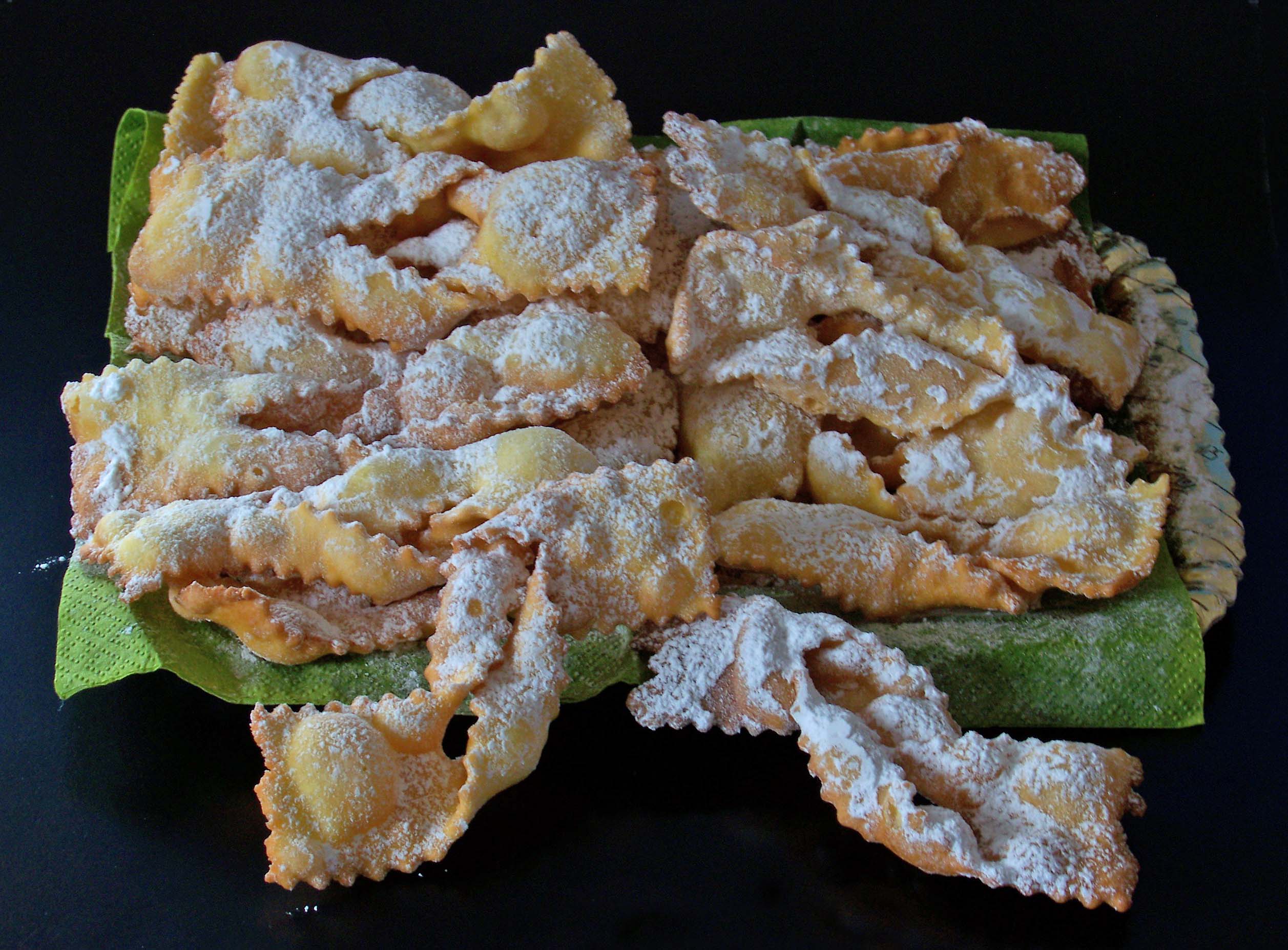 Venetians prepare special sweets during the Carnival festivities, commemorating the spirit of excess that, in times past, helped people forget about famine. At the top of the list are frittele, a kind of fried doughnut with raisins and pine nuts and sprinkled with powdered sugar. They come in a variety of ways, from plain to those filled with hazelnut and chocolate cream or a rum-flavored zabaione. Next are the frappe, ribbons of sweet pasta coated with sugar and honey. For those looking for something other than espresso or cappuccino to drink, a firm malvasia white wine or bubbly prosecco from the Veneto are nice accompaniments. You can pick up a frittele or frappe just about anywhere (there are almost as many pastry shops in Venice as there are churches), but one of my favorite stops for a sweet, a coffee, or a prosecco is Rosa Salva on the Merceria, the main shopping street of Venice.

Snacking is a favorite Venetian past time, and shouldn’t be missed on these cold, wintery days.  An assortment of osterie and bacari, historic pubs, serve cicchetti (tapas in Spanish) to be washed down with an ombra, traditionally a small glass of white wine. Some traditions, however, have evolved, and the modest ombra has now grown to be a large wine glass. Sample the tocai and pinot bianco from the Veneto; the Sauvignon and Ribolla from the Friuli; and the Pinot Grigio from the Alto Adige. Among the tantalizing snacks are an assortment of seafood and shell fish, meatballs, and grilled vegetables. Also popular are tramezzini, layered finger sandwiches with everything imaginable in them. There are too many wonderful osterie to recommend here, but my favorite is the Cantina Do Mori, San Polo 429. It is ensconced in the Rialto market area, which has historically housed the wine vendors. Then, after a leisurely drink, you might catch one of Venice’s magnificent winter sunsets from the Rialto bridge—as I was lucky to do one fine day.