Reflections on a Self-Representing Universe

This will be my last regular post for a while because of Christmas and teaching three courses next term at my University. These past eleven posts, see here and here, have been my personal take on many of the topics covered in On Space and Time and its now time in this twelfth post to address the larger picture of the volume itself.

In fact the volume is about opening a genuine public debate on the true nature of space and time, starting with a public panel discussion on this topic in 2006 in Cambridge, England. Where this came from was my increasing unease about the portrayal of fundamental physics — quantum gravity in particular — as already solved by string theory when, in fact, theoretical physics is in need of fresh profound ideas and contact with experiment, when these are the most exciting and turbulent of times.

I also insist in the preface to On Space and Time that this debate needs to involve not only scientists but the wider public. The reason is that scientists’ ideas have to come from somewhere, from sitting around in cafes, from contemplation of art. We don’t know where the key revolutionary idea is going to come from. Put another way, to progress, scientists need now to see what Science is, which means they have to step outside it and see it in part as a non-scientist. 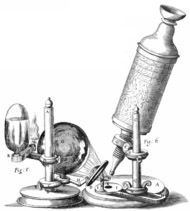 In particular, and this being Christmastime, I want you to ask yourself what does someone singing a Christmas carol have to say about quantum gravity? What does that person have in common with a theoretical physicist? What I think they have in common is contemplation of the infinite. I mean a sense of something bigger than ourselves. As a confirmed atheist I won’t call it God, but its a sense of awe at the Universe and a wonder about our place in it. My approach as a theoretical physicist is to use mathematics and the scientific method to explore the issue, while a carol singer is surely using other means to ‘connect’.

In fact it is only since the 17th century Enlightenment that Science somehow replaced religion as the font of physical truth. But the Scientific Method pioneered by Hooke and others replaced religious dogma, good, yet itself is based on certain assumptions and ways of doing things, of dividing knowledge into ‘theory’ and ‘experiment’, in other words some other dogma.

As a scientist I am 1000% committed to the Scientific Method but I see it as a particular way of exploring reality. One that we might now need to understand better by seeing it from the outside.

What I am going to argue now is that what we know about quantum gravity — what we have seen in earlier posts — is telling us that the Scientific Method itself is perhaps the fundamental ‘metaequation’ of physics. To see what I have in mind, consider playing chess but forgetting or not being aware of the rules of chess (perhaps because you learned them at a very early age). Then as you play, you experience the reality of chess, the frustration of being checkmated and so forth. In this sense the joining of a club, the acceptance or rules or constraints ‘creates’ a bit of reality, the reality of chess.

What if Physical Reality is no different, created by the rules of looking at the world as a Scientist? In other words, just maybe, as we search for the ultimate theory of physics we are in fact rediscovering our own assumptions in being Scientists, the Scientific Method?

To explain why I think so, we need to think about the nature of representation. Imagine a bunch of artists gathered around a scene X, each drawing their own representation of it from their angle, style and ethos. Any one bit x of the scene is represented by the artist f of the collection as maybe a fleck of paint on their canvas. Now, the amazing thing — and this is possibly the deepest thing I know in all of physics and mathematics — is that one could equally well view the above another way in which the ‘real thing’ is not the scene X, which might after all be just a useless bowl of fruit, but the collection, X* of artists. So it is not bits x of X being represented but rather it is the artists f in X*. Each point x of the fruit bowl can be viewed as a representation of X* in which the artist f is represented by the same fleck of paint as we had before. By looking at how different artists treat a single point x of the fruit bowl we can ‘map out’ the structure of the collection X*.

What this is is a deep duality between observer and observed which is built into the nature of representation. Whenever any mathematical object f represents some structure X we can equally well view an element x of X as representing f as an element of some other structure X*. The same numbers f(x) are written now as x(f). In mathematics we say that X and X* are dually paired. Importantly one is not more ‘real’ than the other.

So within mathematics we have this deep observer-observed or measurer-measured duality symmetry. We can reverse roles. But is the reversed theory equivalent to the original? In general no; the bowl of fruit scene is not equivalent to the collection of artists. But in physics perhaps yes, and perhaps such a requirement, which I see as coming out of the scientific method, is a key missing ingredient in our theoretical understanding.

To put some flesh on this, the kind of duality I am talking about in this post is typified in physics by position-momentum or wave-particle duality. Basically, the structure of addition in flat space X is represented by waves f. Here f is expressed numerically as the momentum of the wave. But the allowed f themselves form a space X*, called ‘momentum space’. The key to the revolution of quantum mechanics was to think of X and X* as equally real, allowing Heisenberg to write down his famous Heisenberg commutation relations between position and momentum. They key was to stop thinking of waves as mere representations of a geometrical reality X but as elements in their own right of an equally real X*. The idea that physics should be position-momentum symmetric was proposed by the philosopher Max Born around the birth of quantum mechanics and is called Born Reciprocity. This in turn goes back (probably) to ideas of Ernst Mach.

What I am going to argue is that such a principle also seems to hold and is key to quantum gravity at a wider and more general level. We have seen this for quantum gravity in three spacetime dimensions last week but the principle as I have explained above is even deeper.

Well, its Christmas and I have go catch a plane, so let me leave you with a diagram from On Space and Time and an earlier 1991 paper* of mine. It is an overview of all self-dual mathematical structures in the sense above. You will see self-dual concepts (I mean that X* is the same type of object as X) along the central axis. It includes such things as flat spacetime. As soon as X becomes, for example, curved, which relates to gravity, you stray below the axis, while dual to this above the axis is quantum theory. The two are in a dual relationship in a representation sense. 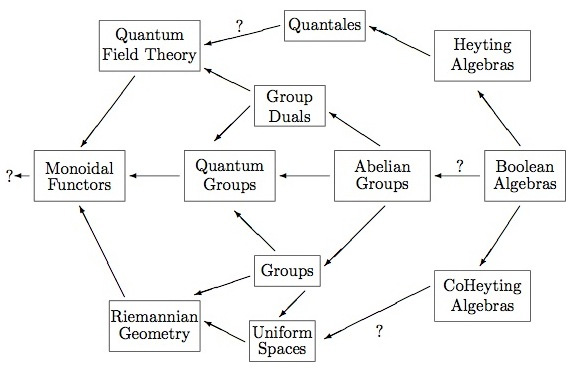 For physics to be self-dual then you need both; as I see it Physical Reality splits into bits each consisting of sets of representations of the other, what I now call the ‘self-representing Universe’. Moreover, this philosophical postulate of a self-representing universe is not empty — it provides a constraint on the mathematical structure of the ultimate theory of physics. I showed in my PhD thesis many years ago that in the self-dual paradigm of quantum groups something like Einstein’s equations in a baby version can emerge.

And if it is the only constraint, then we will have shown that Physical Reality is dictated by a certain equity between ‘abstract structure’ and ‘experimental representation’, i.e. rooted in the assumptions of being a physicist. Strip away those assumptions, like realising that chess is only a game, and you transcend to a level of awareness in which the material physics world is like the reality of chess. I don’t say ‘illusion’ as in Budhism since as a scientist this material world is the thing of interest. But the philosophy that I get out of this obviously has much in common. I call it ‘Relative Realism’. 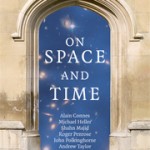 Still think that Religion and Quantum Gravity have absolutely nothing of worth to say to each other? Merry Christmas!

*Note: Shahn Majid has been talking around his paper “The Principle of Representation-theoretic Self-duality,“ Physics Essays (1991) and the later parts of his chapter of On Space and Time.