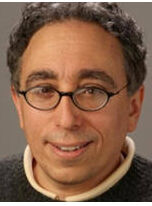 William Caferro is Gertrude Conaway Vanderbilt Professor of History and Professor of Classics and Mediterranean Studies at Vanderbilt University, Tennessee. He has held fellowships at the Institute for Advanced Studies in Princeton, Villa I Tatti in Florence and the Italian Academy at Columbia University and, in 2010, he received a Simon R. Guggenheim fellowship. He has written widely on medieval and Renaissance Italy, including Mercenary Companies and the Decline of Siena (1998), The Spinelli of Florence: Fortunes of a Renaissance Merchant Family (2001), John Hawkwood: An English Mercenary in Fourteenth-Century Italy (2006), which won the Otto Gründler Award from the International Medieval Congress, and Contesting the Renaissance (2010).