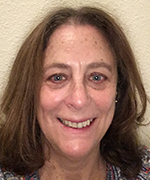 Ruth MacKay's most recent book is Life in a Time of Pestilence: The Great Castilian Plague of 1596-1601 (Cambridge 2019). She also is the author of The Limits of Royal Authority: Resistance and Obedience in Seventeenth Century Castile (1999), “Lazy Improvident People”: Myth and Reality in the Writing of Spanish History (2006), and The Baker Who Pretended to Be King of Portugal (2012). She has worked as a university lecturer, newspaper editor, writer, translator, and interpreter. She lives in San Francisco.