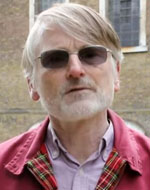 Robert Shoemaker is the co-author of London Lives (2016). He is Professor of Eighteenth-Century British History at the University of Sheffield. Holder of a PhD from Stanford University, he is an expert on London history, gender, and crime and criminal justice in the 'long' eighteenth century. In addition to his collaborations with Tim Hitchcock, he is the author of Prosecution and Punishment: Petty Crime and the Law in London and Rural Middlesex, c.1660–1725 (Cambridge University Press, 1992), Gender in English Society, 1650–1850: The Emergence of Separate Spheres? (1998), and The London Mob: Violence and Disorder in Eighteenth-Century England (2004). With Hitchcock and others, he is currently working on a new project, The Digital Panopticon: The Global Impact of London Punishment, 1780–1925.