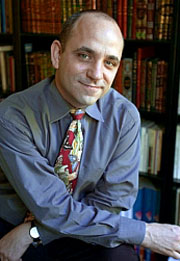 Richard J. A. McGregor is Associate Professor of Religion and Islam at Vanderbilt University. He is the author of Sanctity and Mysticism in Medieval Egypt (2004), co-editor of The Development of Sufism in Mamluk Egypt (2006) and Sufism in the Ottoman Era (16th–18th C.) (2010), and a translator of the Arabic edition of The Epistle of the Brethren of Purity: The Case of the Animals versus Man Before the King of the Jinn (2009).

Posts by: Richard J. A. McGregor