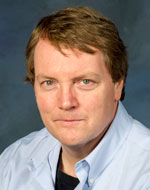 Phillips Payson O'Brien is the author of How the War Was Won (2015). He gained a PhD in History after two years working on Wall Street. Since then, he has published a range of works on British and American strategic and political history during the first half of the twentieth century. More recently, he has taken a leading role as a commentator on defence issues and the debate over Scottish Independence. He has testified in front of UK parliamentary committees, and advised major European governments on the course of the campaign. Through this work he has gained media experience, appearing as a regular commentator for the BBC and STV, and publishing opinion pieces in the Scotsman and the Scottish Herald. He has received awards or research fellowships from the Carnegie Foundation, the US Naval History and Heritage Command, and the Herbert Hoover and Franklin Roosevelt Presidential libraries. He has also been invited to Japan twice to speak on World War II at the National Institute of Defence Studies (Tokyo)