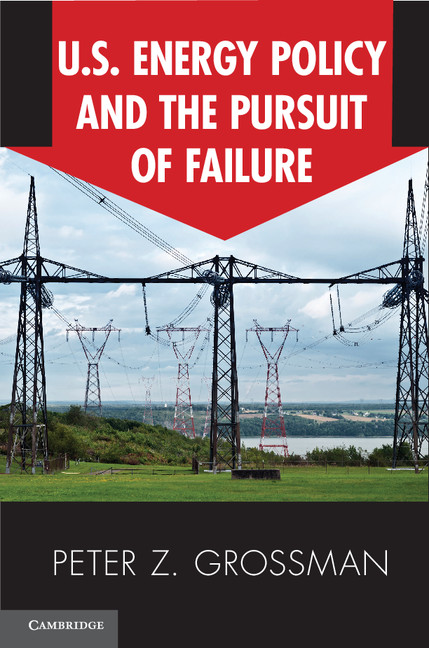 Peter Z. Grossman is the Clarence Efroymson Professor of Economics at Butler University. Grossman is the author of U.S. Energy Policy and the Pursuit of Failure (2013), co-author of Introduction to Energy: Resources, Technology, and Society and co-editor The End of a Natural Monopoly: Deregulation and Competition in the Electric Power Industry (Routledge 2003). His scholarly articles have appeared in such journals as Energy Policy, Economic Inquiry, The Journal of Legal Studies, and the Journal of Public Policy. For seven years, Grossman was a regular columnist on economic issues for the Indianapolis Star, and he has contributed commentary to many magazines and newspapers, including The Wall Street Journal and The Christian Science Monitor.