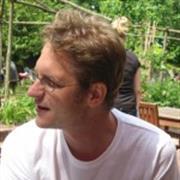 Peter Boxall is Professor of English at the University of Sussex. His books include Don DeLillo: The Possibility of Fiction (2006), Since Beckett: Contemporary Writing in the Wake of Modernism (2009), Twenty-First-Century Fiction: A Critical Introduction (2013), and The Value of the Novel (2015). He has edited a number of collections, including Thinking Poetry (edited with Peter Nicholls, 2013) and Beckett/Aesthetics/Politics, and an edition of Beckett's novel Malone Dies. He is co-editor, with Bryan Cheyette, of volume 7 of the Oxford History of the Novel in English (2016), and editor of The Cambridge Companion to British Fiction, 1980–2018 (2019), and of the bestselling 1001 Books You Must Read before You Die (2012). He is also the editor of Textual Practice, and the series editor of Cambridge Studies in Twenty-First-Century Literature and Culture.