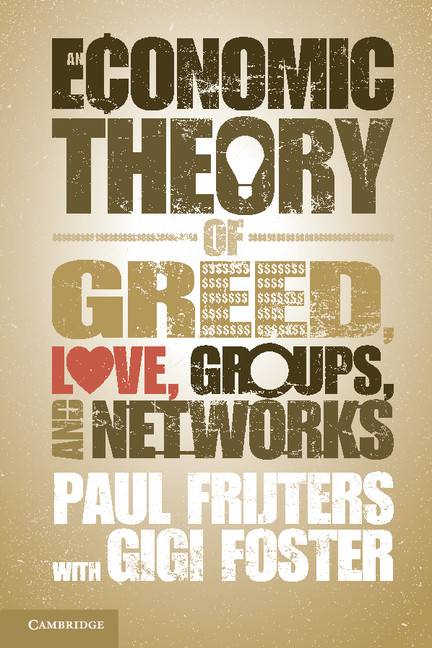 Professor Paul Frijters is co-author of An Economic Theory of Greed, Love, Groups, and Networks (2013) with Gigi Foster. He is a professor of economics at the University of Queensland. He was elected 'Best Economist under 40 in Australia' by the Economic Society of Australia for 2009–2011, and his work consistently ranks in the top 4% of downloaded and cited economic research in the world. Professor Frijters has undertaken research in a wide variety of fields, including happiness and well-being, migration in China, behavioural economics and health economics.