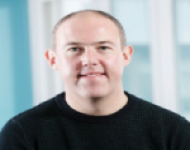 Neil Murphy is Associate Professor in History at Northumbria University. He has authored three books, The Captivity of John II, 1356–60: The Royal Image in Later Medieval England and France (2016), Ceremonial Entries, Municipal Liberties and the Negotiation of Power in Valois France, 1328–1589 (2016), and most recently, The Tudor Occupation of Boulogne: Conquest, Colonisation and Imperial Monarchy, 1544–1550 (2019). He is also the review editor of the journal, Archives.