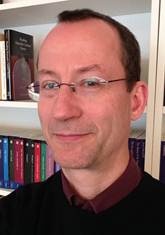 Lukas Erne is Professor of English at the University of Geneva. He is the author of Shakespeare as Literary Dramatist (Cambridge, 2nd edition, 2013), Shakespeare and the Book Trade (2013), Shakespeare's Modern Collaborators (2007), and Beyond 'The Spanish Tragedy': A Study of the Works of Thomas Kyd (2002). He has edited The First Quarto of Romeo and Juliet (Cambridge, 2007), Soliman and Perseda (2015), Textual Performances: The Modern Reproduction of Shakespeare's Drama, with M. J. Kidnie (Cambridge, 2004) and Medieval and Early Modern Authorship, with Guillemette Bolens (2011).