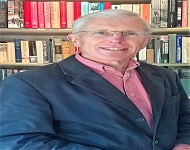 John Kiszely served in the British Army for forty years, rising to the rank of lieutenant general. His operational service included Northern Ireland, the Falkland Islands, Bosnia and Iraq. He served three tours of duty in the Ministry of Defence, latterly as Assistant Chief of the Defence Staff. On leaving the Army he spent three years as a visiting professor in war studies at King's College London, and from 2014 to 2017 was a visiting research fellow on the Changing Character of War Programme at Pembroke College, Oxford.