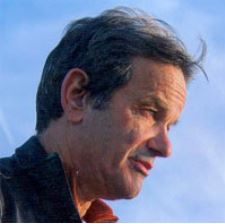 Jeffrey L. Gould is the Rudy Professor of History at Indiana University, Bloomington. He is the author of Solidarity Under Siege: The Salvadoran Labor Movement, 1970–1990 (2019). His other books include To Lead as Equals: Rural Protest and Political Consciousness in Chinandega, Nicaragua, 1912–1979 (1990), To Die in This Way: Nicaraguan Indians and the Myth of Mestizaje, 1880–1965 (1998), and with Aldo Santiago, To Rise in Darkness: Revolution, Repression, and Memory in El Salvador, 1920–1932 (2008). He has also directed and codirected three documentary films: Port Triumph, which documents many of the events and people in Solidarity under Siege, La Palabra en el Bosque, and Scars of Memory: El Salvador, 1932.