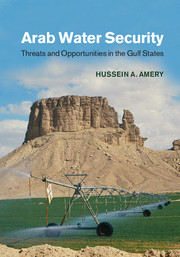 Dr Hussein A. Amery is author of Arab Water Security: Threats and Opportunities in the Gulf States (2015). He is an Associate Professor in the Division of Liberal Arts and International Studies at the Colorado School of Mines, where he teaches courses on the political economy of resources, the Middle East, and water politics and policy. His academic expertise is in human and environmental security, transboundary water conflicts, and in identifying and analyzing threats to critical infrastructure in the Arab Gulf states and the wider Middle East. He was selected as Fellow by the International Water Association in 2005, and has served as consultant on desalination and other water issues to the American and Canadian governments, as well as engineering firms.

Posts by: Hussein A. Amery