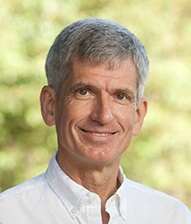 H. Jefferson Powell is a professor of law at Duke University. He is the former Principal Deputy Solicitor General and a former deputy assistant attorney general in the US Department of Justice. His books include A Community Built on Words: The Constitution in History and Politics (2003), Constitutional Conscience: The Moral Dimension of Judicial Decision (2008), The President as Commander in Chief: An Essay in Constitutional Vision (2013), and Targeting Americans: The Constitutionality of the U.S. Drone War (2016).