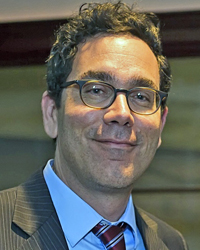 Gavriel D. Rosenfeld is Professor of History at Fairfield University, Connecticut. He has published widely on the Third Reich, the Holocaust, and the Second World War, including Hi Hitler! How the Nazi Past is Being Normalized in Contemporary Culture (Cambridge, 2014), which won the 2017 Sybil Halpern Milton Memorial Book Prize for the best book dealing with Nazi Germany and the Holocaust.