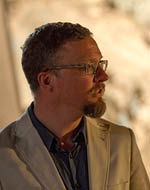 As a critic, I'm about opening up and analysing the life there is in Shakespeare and other literature. This involves thinking about the ways verbal and dramatic art constitute sensuous, ethical and even spiritual experience. I'm also interested in the way standard critical forms such as the essay and approved styles of critical prose reveal but also limit the kind of experience reading is held to be, and I'm committed to experimenting with those forms in the hope of revealing more of literature and its possibilities. I believe in 'big-picture Shakespeare': in putting the plays and poems into dialogue with other literature, art and thought from different periods and cultures - I’m particularly interested in German Shakespeare. I believe in a potentially vital reciprocity between art and criticism; I also write creatively. And I'm all for taking Shakespeare and other art into the world beyond education; I believe that art is and should be political.