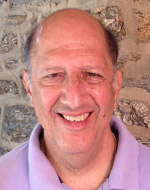 Douglas Porpora is author of Reconstructing Sociology (2015). He is a professor of sociology at Drexel University in Philadelphia, Pennsylvania. Writing widely on social theory and on matters of collective morality, his other books include Post-Ethical Society: The Iraq War, Abu Ghraib, the the Moral Failure of the Secular (Chicago: 2013); Landscapes of the Soul: The Loss of Moral Meaning in American Life (Oxford: 2001); and How Holocausts Happen: The United States in Central America (Temple: 1992).