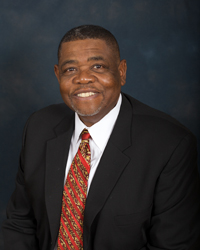 Dennis Dickerson is James M. Lawson, Jr Professor of History at Vanderbilt University, Tennessee. A scholar of American labor history, the American civil rights movement, and African American religious history, he has received grants and fellowships from the American Academy in Berlin, the National Endowment for the Humanities, and the American Council of Learned Societies, among others. He is the author of Out of the Crucible: Black Steelworkers in Western Pennsylvania, 1875-1980 (1986), African American Preachers and Politics: The Careys of Chicago (2010) and Militant Mediator: Whitney M. Young, Jr (1998), which was awarded the 1999 Distinguished Book from the National Conference of Black Political Scientists.