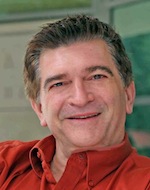 David Skover is the Fredric C. Tausend Professor of Constitutional Law at Seattle University School of Law. He teaches, writes and lectures in the fields of federal constitutional law, federal jurisdiction, mass communications theory and the First Amendment. Skover graduated from the Woodrow Wilson School of International and Domestic Affairs at Princeton University. He received his law degree from Yale Law School, where he was an editor of the Yale Law Journal. Thereafter, he served as a law clerk for Judge Jon O. Newman of the US Court of Appeals for the Second Circuit. He is the co-author of books including On Dissent: Its Meaning in America (2013) and Tactics of Legal Reasoning (1986).