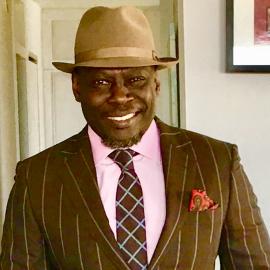 Ato Quayson is a Fellow of the Ghana Academy of Arts and Sciences, the Royal Society of Canada, and in 2019 was elected Corresponding Fellow of the British Academy. He is Professor of English at Stanford. He studied for his undergraduate degree at the University of Ghana and took his Ph.D. from the University of Cambridge after which he held a Junior Research Fellowship at Wolfson College, Oxford before returning to Cambridge to become Reader in Commonwealth and Postcolonial Literature in the Faculty of English from 1995-2005. He was also Director of the Centre for African Studies and a Fellow of Pembroke College while at Cambridge. Prior to Stanford he was Professor of African and Postcolonial Literature at New York University (2017-2019) and Professor of English and inaugural Director of the Centre for Diaspora and Transnational Studies at the University of Toronto (2005-2017). In 2016 he was appointed University Professor at the University of Toronto, the highest distinction that the university can bestow.