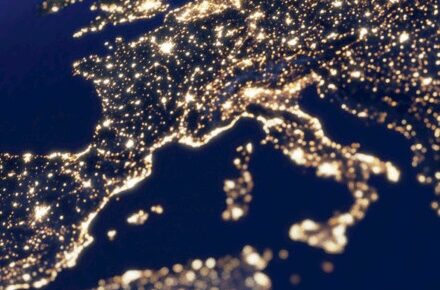 Sustainability is on the agenda of many policymakers, businesses, civil society organisations and academia. The publication of the book Sustainable Value Creation in the European Union is therefore especially timely,as it offers insight on how the European Union has failed to achieve its overarching sustainability goals, and suggestions on how we should move forward. The book brings together a collection of essays written by eminent scholars and experts concerned with the challenges of climate change and environmental and social injustice faced by people across Europe and throughout the rest of the world.

The Europe Union remains in crisis. The financial and economic crisis that occurred during the late 2000s, brought a threat to the EU’s common currency. A punishing austerity programme has resulted in a deep income divide across Europe with further tensions arising in the face of a refugee crisis, as Member States have questioned shared responsibility and demonstrated different national responses. The BREXIT vote of 2016, leading to the departure of the UK from the EU in 2021, also brought out several variations between Member States and between the central and periphery regions which see their experiences differently under the European project. Further tensions have arisen from the COVID-19 pandemic, which has required regional and institutional co-operation to cope with the crisis but has also brought out nationalistic and protectionist responses as European Member States have had to close their borders and have hoarded medical supplies. Rising Euroscepticism and populism, fuelling social unrest and political instability; xenophobia and the EU’s inability to handle increased immigration; weak protection of basic human rights violations; and continued pressure on planetary boundaries, all contribute to threatening the achievement of the EU Treaty goals of sustainable development and the social market economy. Sustainability is meant to be the guiding principle for the EU’s policies and activities within Europe and in its relations with the rest of the world, to promote ‘peace, its values and the wellbeing of its peoples’.

The volume’s theme is sustainable value creation, which has become an increasingly recognised concept. Yet it is not an uncontroversial one. The controversy arises because many companies adopt a narrow view of value creation, seeing it as a short-term goal of making profit that benefits only the company’s shareholders and perhaps their boardroom actors. This approach has contributed to environmental degradation, labour exploitation and deepened wealth and income inequalities. This book focuses on the concept of value creation through the prism of sustainability, with particular focus on corporate law and governance and the financial markets and monetary policies in the context of the value system of the EU’s social market economy.

The authors and editors of this collection of essays draw on the important work of sustainability scientists who recognise planetary boundaries as crucial to an evidence-based understanding of sustainability. The planetary boundaries framework presents policy makers with a dashboard of issues which arise from the collective impacts of humanity, impacts that are changing the fundamental dynamics of the Earth system upon which humans rely for their lives and livelihoods. These environmental issues pose severe challenges for governance globally due to the inherent uncertainties and complex multi-level dynamics. Responding to these challenges entails contributing to preserving, protecting and regenerating natural resources and global geophysical processes at global, regional and local levels of society, and across public, private and hybrid institutions and organisations.

A research-based concept of sustainability naturally includes social issues too. This book is based therefore on the broadly recognised definition of sustainability as securing social foundations for humanity now and for the future within planetary boundaries – encapsulated in the goal of a safe and just space for humanity. This encompasses a recognition that those most vulnerable, including workers across value chains in slavery-like conditions, and traditional and indigenous communities whose land and other resources are exploited, are not always encompassed in sustainability initiatives. To change this, it is not sufficient for experts to merely assess what is good for vulnerable people. Instead, inclusive and participatory processes are needed, as envisaged in the UN Sustainable Development Goals, enabling vulnerable people to have access to justice and representative participation in the crafting of measures that affect their well-being.

The contributions in the book all address the notion of value creation through the prism of sustainability by focussing on the opportunities offered and the limitations present to the development of the legal, political and social value system that the EU aspires to offer. As this is a constantly evolving theme, the editors have been especially conscious in the selection of the contributors and their topics to ensure that the volume will be of interest in the longer term and not connected exclusively to the latest and current changes and influences within the EU and from outside the region. The unsustainability of business as usual remains a pervasive challenge with growing urgency, not just for the EU but for the world. As editors, we hope that this volume will contribute to reinvigorated debates on how to move forward towards sustainable value creation.

About the Author: Georgina Tsagas

Georgina Tsagas is a Senior Lecturer in Private and Commercial Law, Brunel University London. She is a practising Solicitor in England and Wales and a UK Accredited Mediator....

About the Author: Charlotte Villiers

Charlotte Villiers is Professor of Company Law and Corporate Governance at the University of Bristol Law School....

About the Author: Beate Sjåfjell

Beate Sjåfjell is Professor of Law at the University of Oslo and a Visiting Professor at College of Europe....