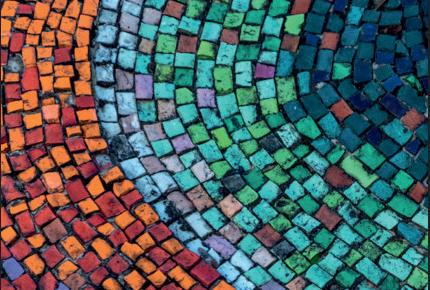 Back in 2016, Cambridge Extra published an interview[1] of François Grosjean[2], a recognized expert on bilingualism, who talked about his Psychology Today blog, “Life as a Bilingual”[3] which he had started back in 2010. He discussed a number of topics such as why it is important to have scientific blogs for the general public, the difficulties of writing posts so as to make them appealing without losing any scientific value, what makes a post successful, and so on. He has kindly accepted to answer our questions five years later, both on the current status of his blog and on the book that followed it.

Can you remind us why it is that you started a blog?

I did so for a number of reasons. First, I have always wanted to put to rest the many myths that surround bilingualism, as well as tell the general public about findings in my research field. Since about half of the world is bilingual, that is, uses two or more languages or dialects in everyday life, and studies on bilinguals have been far less numerous than those on monolinguals, I feel that we researchers have the added duty of communicating our results on bilinguals to all those who might be interested in them.

You also had bilinguals themselves in mind when you started, didn’t you?

Yes, I wanted to reassure bilinguals about their own bilingualism and to give those involved with children – parents and other caretakers, educators, speech/language pathologists, and so on – some basic knowledge about growing up with two or more languages. Hopefully, a blog can help the latter understand why and how bilingual children behave the way they do, such as develop a dominant language, show a person–language bond, refuse to speak a particular language at some point, mix their languages in certain situations, and so on.

What is the status of the blog today?

Much to my astonishment, my blog has been visited by more than 2.4 million readers since its beginning. It contains some 150 posts, both short texts and interviews, that can be consulted by anyone throughout the world. In 2014, Aneta Pavlenko kindly joined me as a co-blogger and for the following five years, we took turns writing posts for the blog. She authored wonderful texts in her areas of specialty and greatly diversified our offerings. She left the blog in 2019 but her posts are still there.

At the beginning of this year, I wrote my last post[4], in which I thanked all those who had made the blog possible. Although I was saying goodbye, I left my readers with some good news. First, the blog remains available to anyone who wants to browse through it and read its posts, either on the Psychology Today website[5] or on my own website where I have organized the posts by content area[6]. Second, Elizabeth Lanza, from the University of Oslo, has just launched her own blog on Psychology Today, “Living with Languages”[7]. And third, there is now a book based on the blog.

Indeed, in 2020 you approached Cambridge University Press to see if they would accept to publish a book with a selection of posts. Can you explain your reasons for this?

Blogs have many advantages but also some inconveniences: They can be removed by the owner of the platform at any time; the posts are organized from latest to earliest, which makes selecting a topic and finding follow-up posts very difficult; and categories of posts are not easily identifiable. In addition, an electronic medium often lacks some of the advantages of books such as ease of manipulation, durability, and transportability.

When I approached Cambridge University Press, they showed very real interest – confirmed by five outside reviewers they consulted – and for this I am grateful. I worked on the book in 2020 and Life as a Bilingual[8] came out in the spring of last year.

Can you tell us how the book is organized?

I chose 121 posts – including twenty-three interviews and thirteen posts by Aneta Pavlenko – which I organized by topic, in fifteen different chapters. The first four set the stage: describing bilinguals, the extent of bilingualism, using two or more languages, and bilingualism across the life span. These are followed by chapters on becoming bilingual, bilingualism in the family, bilingualism in children with additional needs, and second language learning. Next comes a chapter on biculturalism and personality. It is followed by a special chapter, “When the heart speaks,” with posts that concern emotions in bilinguals and how they express and process them in their languages.

The next three chapters concern language processing in bilinguals, the bilingual mind including the lively debate on whether bilinguals are advantaged cognitively, and the bilingual brain, its study, and what happens when it is impaired. This is followed by a chapter on special bilinguals such as translators, interpreters, teachers, and bilingual writers who have both a regular and a unique relationship with their languages.

What did you have to do to go from a blog format to a book format?

To help readers choose the texts they wish to peruse, each chapter starts with an introduction that presents the posts that it contains. Then, each post is preceded by a short abstract. Finally, there is a fair amount of cross referencing within posts to other posts and other chapters.

Does the bilingual that you are appear in the book?

Yes, in the last chapter, I reminisce on a few events that I lived through during my career studying bilinguals and bilingualism. I report on my interview with one of the greatest minds of our time, Noam Chomsky; I celebrate my fifty years in the field of bilingualism in an interview conducted by Aneta Pavlenko; and I relate my travails in preparing and writing my French book on bilingualism, Parler plusieurs langues: le monde des bilingues[9].

Life as a Bilingual contains others posts written from a personal perspective, but since they fit in well with different topics, they can be found in respective chapters. In them I relate how I changed language dominance several times during my life, how my boys spent their first years as monolinguals before becoming bilingual, the support I received from an exceptional bilingual and bicultural couple when I was a young faculty, how I maintain contact with the four cultures that have influenced me, and so on. I also present the letter I wrote to my newborn grandchild who was born to be bilingual.

I dedicate this new book to my two grandchildren, Ismaël and Mia, both bilingual, and to all those other children of their generation who also live with two or more languages.

About the Author: François Grosjean

A bilingual himself, François Grosjean is a world-renowned expert on the topic. He started his academic career at the University of Paris 8 and then taught and completed research in psycholinguistics at Northeastern University in Boston. In 1987, he was appointed professor at Neuchâtel University, Switzerland, where he founded the Language and Sp...