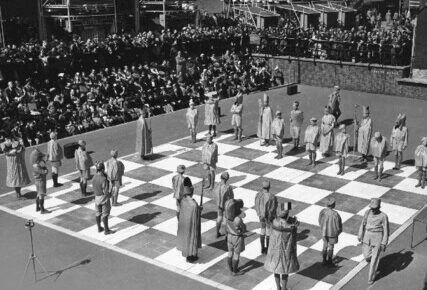 This book grew out of two entwined questions.  One has followed me throughout my academic career: what are the origins and nature of modern liberal society?  The other came into view more clearly over the last decade: why is competition such a pervasive aspect of that kind of society?  The answers turn out to be complexly interrelated, and lead me to marshal a qualified defence of the institution of competition.

Capitalist markets drive much of social life, appearing to push competition into every nook and crannie of our lives.  We bemoan neoliberalism’s marketisation of everything, causing competition to creep out of the economy into all our other institutions—such as arts and education.  We worry that ‘meritocracy’ simply justifies and glorifies a competitive spirit, flattening human worth into one dimension.  But is it really so simple?  Does competition really radiate out from the capitalist economy to infect the rest of our world?  Other institutions that arose in parallel with capitalism have their own internal need for competition.  Democracy would be impossible without it.  Both science and public opinion depend on a vibrant competition among ideas.  The life of universities, political parties, and more widely civil society, is unimaginable without competition.

Competition is hardly unique to liberal societies.  Warfare, feuding, elite power struggles, are found in all times and places in societies of any scale.  But liberal societies led the way in what I call the ‘domestication of competition’.  That is, the channelling of social life’s many dimensions of conflict over power, resources, and status, into rule governed institutional arenas in which designated corporate bodies—companies, political parties, universities, charities, etc.—focus competitive struggles, while holding overt violence in check.  The idiom of legitimate competition is deeply built into the cultures of liberal societies, ritualised in sports and entertainments, in everything from games to general elections.  Competition is a basic part of how we act in and make sense of our world.

I have always sought a sociological, anthropological and historical take on the question of liberal society.  Our philosophical debates that normatively defend and critique ‘liberalism’ are important, but rush ahead of the more basic questions—what is this thing?  How did it get here?  In this book I examine the evolution of liberal society out of its medieval European forebearers, exploring the codification of competition in the military, economic, political and ideological/cultural dimensions of society.  It turns out that competition develops in parallel across these dimensions, as older systems of understanding and distributing power in society, based on religion and aristocratic kinship, weaken and lose their capacity to knit society together.  Indeed, domesticated competition provides a way of allocating power that is at once highly artificial, and deeply naturalised.  In a form of society in which the right to concentrate power at the centre is permanently in question, competition provides a way of legitimating power distributions, and challenging power monopolies. Of course such societies are replete with profound power concentrations: the wealth hoarding 1%, monster-sized corporations, sprawling government bureaucracies, media giants.  I am not arguing that this great transformation has issued forth in a world of absolute freedom and equality, free from domination.  As ever, power attracts power. But when we criticise this fact, true to the cultural idiom we are immersed in, we often see it as a failure of competition.  The problem isn’t competition, but the fact that the playing field isn’t level.  We object to corporate monopolies, to party systems that squeeze out real challengers, to universes of ideas that are closed to dissenting perspectives, to a few football teams hogging all the resources in the league.  Competition helps generate these maldistributions, but it is also our primary conceptual tool for challenging them.  It is a sword that cuts both ways.  And it may be the only weapon of critique that is genuinely to hand.

About the Author: Jonathan Hearn

Jonathan Hearn is Professor of Political and Historical Sociology at the University of Edinburgh and President of the Association for the Study of Ethnicity and Nationalism. His published writings explore themes of social power, nationalism and identity, Scotland and its Enlightenment, liberal and civil society, and competition....