Thinking about Muslim Sects and Schools 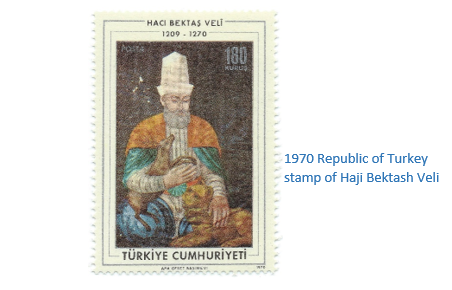 The Muslim community, known as the umma, is meant to be united. The Qur’an, in chapter 29, verse 92, states that “Indeed, this your umma is one umma, and I am your Lord; so worship Me.” Yet Muslims, just like Jews, Christians and other religious groups, divided into various communal divisions quite early in their history. We might call these communal divisions “sects” or even “schools of thought.” As most people do not really know much about Islam, the existence of divisions among Muslims raises several questions. Who were and are these groups? How did the divisions between them come about? What are their histories?

Many have heard of the Sunnis and the Shi’ites, yet Sunnism was the last of the major Muslim communal groupings to form. There were other groups such as the Murji’a, the Mu’tazila and the Khawarij, who populated the medieval Muslim landscape. All had their sub-groupings, but only one of these – the Ibadiyya – survived to the present. Why did the Sunnis and Shi’ites (and Ibadiyya) persist? And how did Sunnism come to predominate as the majority among Muslims? And how is it that, for the most part, these groups have lived together with relatively little friction, even though the usual assumption is that divisions among Muslims automatically leads to violence between them?

Perhaps a better way to think about Muslim sects and schools is to think of them as grand stories, master narratives if you will, that Muslims adopt and embody. In fact, we are all, in some part, the products of the narratives that we inhabit. I am an American, a William and Mary and University of Virginia graduate, a scholar and Florida State University professor, a father and husband, a voter, and an avid traditional archer. And I am all of these things, in part, because I am able to place myself in and orient myself by narratives about what these aspects of my identity mean.

So too, being Muslim involves – generally speaking – identifying oneself according to a narrative about God’s profound oneness and mercy; about how this mercy meant that God has sent messages to humankind through His prophets, the last of which Muslims hold to be the Prophet Muhammad. More importantly, it means orienting oneself by that narrative, and acting accordingly (by, for example, practicing the rituals associated with Islam, or at least knowing that one should be practicing them). By extension, being a Sunni, Shi’ite or Ibadi entails adopting a more specific narrative about how God’s plan for humanity unfolds on the earth, and acting according to that particular iteration of the grander narrative.

Approaching Islamic sects and schools in this way, then, consists of two things: first, it requires exploring the origins and development of the master narratives of the various sects and schools, along with the ways that human beings responded to these narratives by building sub-traditions around them. This work looks at five of these medieval groups specifically: the Kharijites, Shi’ites, Murji’ites, Mu’tazilites, and Sunnis. It offers the stories of how these groupings originated and developed, examining along the way the personalities who had a hand in shaping how their grand narratives became articulated. Likewise, it looks at the rituals and practices that reinforced these grand narratives.

Gaining a clearer appreciation of the circumstances of sect and school identifications re-centers the study of Muslim divisions on specific Muslims and their particular situations. Among other things, it allows for a better understanding of when these divisions lead to violence, and when they do not. In fact, there are large stretches of Muslim history wherein sect or school identifications seem to be secondary concerns. These times of relative stability might turn out to be more important than the moments of violence, as they offer insights into how human beings have tolerated one another.

Moreover, such an approach allows for an appreciation of ambiguity, as with figures such as Haji Bektash Veli, a Central Asian mystic who migrated to Anatolia (present day Turkey) in the 13th century, and whose memory became important to both Sunni and Shi’ite groups in the region. The modern state of Turkey issued a postage stamp in his memory in 1970 (see image at the top of this post). So, too, the 14th century Central Asian conqueror Timur (Tamerlane) patronized the Sunni legal school of the Hanafis, but also held the twelve imams of Ithna-‘Ashari Shi’ism in high regard. Timur is buried (in the Gur-i-Emir mausoleum in Samarkand, Uzbeckistan) next to his Shi’ite Sufi master. Such figures remind us that sect and school affiliations might not always be so straightforward.

To the student of human history, it remains important to know something about Muslim divisions, as they can teach us a lot about the human beings that make them. But such a topic can be uncomfortable, especially for Muslims. After all, the umma is not supposed to be divided, and thus discussions on the history of Muslim sects and schools can be challenging to have. Moreover, many Muslims (among others) see themselves as non-sectarian; as Muslims full stop. I’ve endeavored not to turn this work into an awkward spectacle the history of Muslims sects and schools, or to over-balance the portrait of Muslim history in favor of its contentious and divisive moments. This book aims, simply, to appreciate how human beings sometimes come to understand who they are and what they should do in terms of narratives about group affiliation. Regrettably, such a book does not do justice to the many Muslims throughout the centuries who have refused to separate from their fellow Muslims on the basis of sect or scholastic differences. It does not focus on those who, either through word or action, sought to mend the fractured umma and realize the ideal of Islamic unity. They deserve their own work, and their efforts should not be forgotten.

About the Author: Adam R. Gaiser

Adam R. Gaiser is Professor of Religion at Florida State University. He has previously published two books on the early Kharijites and Ibadiyya: Muslims, Scholars, Soldiers: The Origin and Elaboration of the Ibāḍī Imāmate Traditions (2010) and Shurāt Legends, Ibāḍī Identities: Martyrdom, Asceticism and the Making of an Early Islamic Commu...