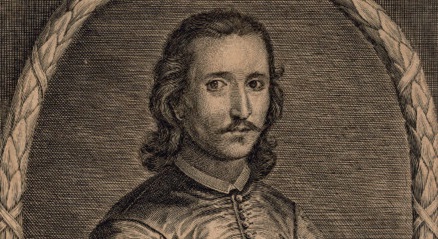 Human beings are explanation-seeking creatures. When something happens in our lives or in the world around us, we long for a satisfying understanding of it. That sense of satisfaction usually only emerges when we have figured out the causes responsible for whatever happened, and we have understood the meaning (if one exists) of what took place. At that point, we generally believe that we have understood and explained something.

Modern science has expanded our understanding of things that happen in the world. It has helped us to understand at ever-deeper levels what the world is like, what it consists of, and how it operates. Science has been as successful as it has, however, partly because it constrains itself to considering only one class of causes – natural ones – and because it typically remains agnostic on questions of meaning.

How do people who acknowledge that natural causes are important but who are also convinced there are other classes of causes operating in the world, and who are unwilling to disregard questions of meaning, approach the task of explanation? Naturalism in the Christian Imagination examines a series of intellectuals from early modern England who fit this description, and whose writings suggest what is involved in making sense of things when these other aspects are considered. Each of the figures I look at in the book thinks that natural causes are necessary, but not necessarily sufficient, to account for all phenomena in the world. They also countenance the possibility that occurrences may have a communicative dimension to them – that is, they might mean something. The reason these additional elements appear amidst their explanatory efforts is because they are committed to the doctrine of providence, the Christian idea that (to put it very simply) God is governing the world.

The limited focus on natural causes that scientists typically adopt represents what is commonly called methodological naturalism. Because they bring their providential commitments with them to their explanatory endeavours, and because they understand providence to work in such a way that natural causes remain vital for understanding much of what happens, the early modern figures I examine deploy an explanatory framework I call providential naturalism.

After analysing early modern views about providence, the book’s four main chapters (chapters 3-6) each focus on one or more figures and the phenomena they are trying to explain using the resources of providential naturalism. Chapter 3 looks at chance-based games of dice and lots. Chapter 4 examines unusual or unexpected occurrences in nature then known as prodigies. Chapter 5 looks at efforts to square providential commitments with the explanatory resources of Epicurean atomism. And chapter 6 explores attempts to explain the historical development of the universe as naturalistically as possible, ones that simultaneously accommodate a commitment to providence.

By showing how specific historical figures sought to bring providence and naturalism together, the book gives a few examples of what explanation looks like to those who don’t necessarily carve up the world into the neat “science” and “religion” boxes that so often structure how we look at the world today. It also teases out the difficulties such efforts encounter, and the challenges they must overcome, if comparable explanatory efforts are ever to succeed in the future.

About the Author: Peter N. Jordan

Peter N. Jordan is a Research Fellow in the Faculty of Theology and Religion at the University of Oxford. He is also Director of Grants and Research at Scholarship and Christianity in Oxford (SCIO). ...