Independence and Its Affective Shockwaves 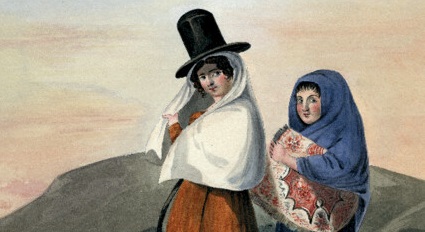 Between 1800 and 1870, much of Latin America transformed itself from a colonial possession of an embattled European empire to a collection of independent states on the political and economic vanguard of an increasingly global economy. Where once the news from Spain arrived by sail on a voyage that could take months, by the late nineteenth century, the steamship and telegraph had put the region in close communication with the rest of the world and made possible the reverse circuits of influence in which Latin American writers and thinkers helped shape the metropolis.

Along with the historical and political events that marked independence, a series of aesthetic, moral, and ideological currents remodeled the region’s literary and cultural production in complex and often counterintuitive ways. If a graph of technological progress could at least be made to resemble a steadily increasing slope, the felt realities of the transformation invoke a series of questions that complicate linear narratives. What makes a public? How do texts, photographs, paintings, and maps matter to readers and viewers in a time of violent transition? What does independence mean, and how do the feelings it provokes register in creators and consumers? How do aesthetic trends and political ideas circulate across time and geographical borders?

Our volume gathers twenty-four leading scholars of 19th-century Latin America to consider affect as a cultural force during 1800-1870, a period that straddles the last decades of colonial rule, the Wars of Independence, and the first decades of constitutional republics and other forms of independent government. By looking at different registers of feeling in Latin America, our volume complicates the demarcation between colonial and republican sensibility, detecting overlapping areas between political and cultural regimes.

All chapters focus on the critical role of affect, sentimentality, and emotion in the nation-building phase of early modernization. We draw upon intersectionality to show how emotions were gendered and racialized throughout the century and to question canonicalimaginaries anchored in patriarchy, colonialism, and white supremacy.

The emancipatory struggles of indigenous people, women, and the enslaved revealed the limits and contradictions of the colonial project, as independence reified old structures of oppression rather than dismantled them. Narratives from enslavement challenged their readers to engage emotionally with the violence and racism that served the colonial and early republican economy with equal degrees of efficiency.

Latin American feminism also took root during this period, as improved communication empowered women intellectuals to connect transnationally and transoceanically through sisterly exchange. New nations created renewed possibilities for patriarchal narratives and histories, and one of the early battles for feminists or proto-feminists was to develop strategies on how to subvert those normative imaginaries.

The mental shift that had shaken 16th-century Europe–the realization of the existence of continents and peoples beyond the bounds of the known world–would continue to reverberate as more and more of the New World declared itself formally separate from the Old. Writing science or writing nature in Latin America still meant the invocation of fraught questions about legitimacy, authority, and the meaning and measure of knowledge.  Our volume brings fresh reflections on these pressing questions with approaches that engage visual arts, literary theory, intellectual history, the history of science, and other relevant fields. Working beyond the existing canon of 19th-century intellectuals, these essays bring new perspectives and objects of study to the forefront, prompting a reconsideration of the time period and the region.

About the Author: Ana Peluffo

About the Author: Ronald Briggs

Ronald Briggs studies the convergence of education and literary theory. Publications include Tropes of Enlightenment in the Age of Bolivar: Simón Rodríguez and the American Essay at Revolution and The Moral Electricity of Print: Transatlantic Education and the Lima Women's Circuit, 1876-1910 (2017) which was awarded the Best Book Prize by the Nin...