A moral basis for healthcare funding 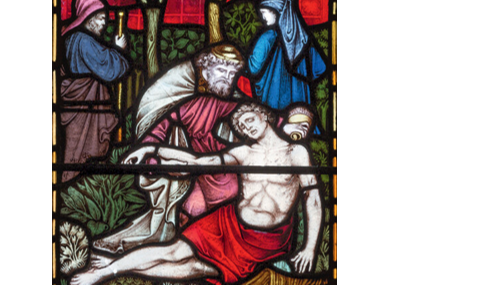 Unfortunately economics has a bad reputation. Its policy prescriptions are often seen as unfair, and its methods based on a world of fanciful assumptions. In its application in the public sector, it is often seen as being entirely focused on cost-cutting, not only trimming fat, but bone too. It is devoid of all humanity, treating humans as widgets. Homo economicus has an obvious personality disorder; no wonder economics has been called the ‘dismal science’. Yet that is not what economics was originally: it started with a moral basis and a moral focus.

The application of economics to health care is even more contentious. The mere sniff of applying economic criteria to restrict coverage of some treatments in the United States led to outrage. The ‘R’ word – rationing’ — and even the ‘P’ word — priority setting — is eschewed in that country for fear of reawakening a controversy about end-of-life decision-making support pejoratively labelled as ‘death panels’. Better public relations and a stronger communitarian spirit has allowed the acronym for the United Kingdom health priority setting body to be NICE.

It is normally seen as unethical to undertake treatments outside a research setting which are not ‘scientifically proven’, with that criterion typically taken to mean that a positive clinical outcome is more likely, on average, than a negative one for this cohort. But can we stretch ‘scientifically proven’ and ethical to mean that not only are the clinical outcomes better, but that, at the margin, on average the cost of the treatment is less than the economic benefits measured in terms of adjusted years of life gained, with the adjustment taking into account the quality of life? For this is what value for money and economic evaluation is all about.

Things become even more contentious when there is a religious overlay. How can it be possible, to put it crudely, to place a dollar value on human life, when all are created equal in the image of God and human life should be sacred? Even worse when the life is ‘adjusted’.

Of course the crude representation is not what health economics does today, as explained in Healthcare Funding and Christian Ethics. Economic evaluation, it is argued, is an ethically proper criterion to ensure that the public penny is spent wisely. But some aspects of contemporary applications of economic evaluation in healthcare leave a lot to be desired, not least the failure to incorporate equity properly into economic evaluations of healthcare interventions, despite the development of sound methods for doing so.

The health economics project should continue to be about value for money – stewardship, or responsible use of resources are alternative phrasings – but a simplistic focus on efficiency, even efficiency broadly defined to consider outcomes not just cost per output or total spending, is not where contemporary health economics should be. If we are to reclaim economics in general, and health economics in particular, as a moral science, equity or justice needs to be up there with efficiency as of equal concern. Most health economists, especially in Europe and the United Kingdom, would sign up to that.

However, there is a third, equally important, principle that needs to be addressed, added to the trinity of health economics concerns, and that is compassion, a word almost banished from the public policy lexicon of the 21st-century.

As we now know well, austerity can go too far. But health care is about humans caring for humans, with the cared-for being individuals, each of whom has a value. Too often the human side of decision-making is ignored, turning decision-makers into automatons, weakening both the decision maker and the decision.

So the focus of health economics more generally and healthcare funding decision-making in particular should be reclaimed from effectively an overwhelming efficiency focus to be about holding these three principles in tension: compassion as a motivator; equity, or social justice as to benefits; both in the context of responsible stewardship of the resources required to achieve the ends of good quality treatment and prevention.

About the Author: Stephen Duckett

Stephen Duckett is affiliated with the Religion and Social Policy Network, University of Divinity and is an honorary professor in the School of Population and Global Health, University of Melbourne. An Australian health economist, with a career that spans academic and senior management and policy roles in health care in Australia and Canada, he is ...

A two-way approach to Early...