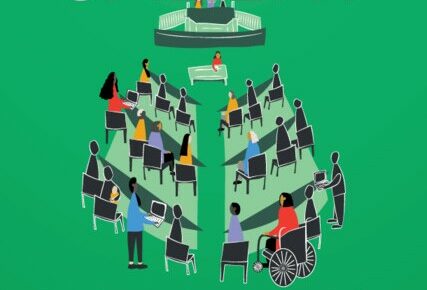 Quota laws increase numbers of women across parties, and they lead to policies that better reflect women’s preferences for balancing work and family.

In 2013, a Christian democratic politician from Belgium and I sat down in her office in the Senate, the upper house of the federal parliament in Brussels. The senator recalled a long battle within her party to get more women candidates on party lists. After a national quota law came into force in 1999, the share of women in her party and in the parliament as a whole increased significantly. She told me that, “having more women in politics has broadened the political agenda.” She gave the example of significant investment in child care, an issue she said got short shrift before the law, when there were only a few women in the relevant political committee. Now, she told me, “it’s one of the biggest budget points.”

The Belgian senator’s views foreshadowed the sentiments of men and women I interviewed from across the political spectrum – more than sixty party leaders, members of parliament, bureaucrats and political activists across four countries (Austria, Belgium, Italy, and Portugal). The consensus that emerged was that while many men support policies to help balance work and family life, women are the ones driving this agenda.

For example, an influx of women in Portugal gave them more leverage to push paid parental and paternity leave policies forward. A center-right woman member of parliament told me that “you wouldn’t have the same momentum” on these issues in Portugal without the added numbers of women in parliament due to the quota law.

Meanwhile, a social democratic politician in Italy (which at the time of our discussion had no quota law) lamented the lack of change on work-family conciliation because, “there is still in our parliament a male majority which tends to defend its privileges.”

What makes quotas distinct from more gradual increases to women in parliament over time is that they increase the share of women across parties. They often lead to larger increases to women in right-wing parties because many left-wing parties already had a voluntary target or quota. This opens up new opportunities for policy change across the political spectrum, and some of the most dramatic shifts to work-family positions occur within right-leaning parties.

These qualitative findings are supported by statistical analysis of party agendas and government policies across high-income democracies and over time. After a quota law, parties increase the attention they give to policies that help mothers stay in the labor force (child care, parental leave) and decrease attention to policies that do not, like cash transfers that encourage women to stay at home.

These agenda shifts are linked to real policy change. While quotas do not increase overall spending on family policies, they lead to shifts in the configuration of such policies towards solutions that benefit working parents. Specifically, quotas increase the number of weeks of paid parental and paternity leave, and decrease the weeks of (paid or unpaid) maternity-only leave. While long maternity leaves tend to break women’s ties to the labor market, well-paid shared parental and paternity leave have been shown to increase women’s employment and fathers’ time at home.

Such policy changes are in line with women’s greater support for maternal employment compared to men in high-income OECD democracies. Questions like, “a preschool child will suffer if his or her mother works” are marked by large gender gaps, with women significantly more likely to disagree than men. These gender gaps persist within parties, dividing men and women within the left and right.

It should come as no surprise that the issue of work-family balance tends to unite women even across parties in high-income OECD democracies. In this context, most women have children, and most women also want to work in paid jobs. As women’s employment has risen over recent decades, they have increasingly had to juggle primary responsibility for the home with work outside the home.

But how do quotas influence policy change exactly? To some extent, this depends on the institutional context. In the European countries I studied, policy change is most often directed by governments, not individual MPs. In Belgium, the quota law led to more women in government roles with portfolios responsible for work-family policies – employment, labor, and social affairs. These women ministers consistently expanded paid parental and paternity leave. In Portugal, parliament is not a route to government because MPs cannot be ministers. In this case, women made inroads by using parliamentary committees to change work-family policies, again focusing on paid parental and paternity leave over maternity-only leave, and a new consensus emerged across parties on the gender-equal direction policies should be moving.

As more and more countries consider adopting quota laws – including Wales – there are several important implications of these findings.

First, quota laws are effective not only at increasing the share of women but at translating at least some of women’s preferences (those that cut across party lines) into policy outcomes.

Second, the policy changes described are not just good for women. They matter for all working parents, often increasing paid leave especially for fathers — who still face gendered stereotypes in the workplace that prevent them from spending more time at home.

Third and finally, by raising gender equality to the national stage quota laws have the potential to change political culture for the better. Parties are obliged to look for more diversity, and in my interviews many politicians who previously opposed quotas said that they had changed their minds. As one liberal party leader told me, “after a while it becomes normal, and even an advantage.”

About the Author: Ana Catalano Weeks

Ana Catalano Weeks is an Assistant Professor in Comparative Politics in the Department of Politics, Languages, & International Studies at the University of Bath....