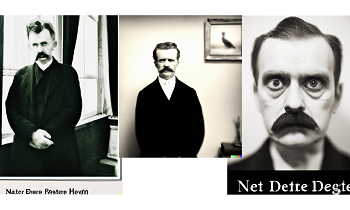 Nietzsche considered his philosophical novel, Thus Spoke Zarathustra, his masterwork, but recently it has largely been ignored by philosophical scholars. The new critical guide from Cambridge University Press, Nietzsche’s ‘Thus Spoke Zarathustra’: A Critical Guide, poses a challenge to this consensus.The eleven essays that make up the work help us engage with Nietzsche’s philosophical vision and bring to light dimensions of the work that elucidate the timely question of what our species is creating beyond itself.

I won’t summarize the eleven pieces that comprise this guide, but please see the admirable introduction by the editors Keith Ansell-Pearson and Paul S. Loeb. Each piece deserves to be read carefully because it testifies to the fecund and transformative potential of Thus Spoke Zarathustra. This book is not only a source of inspiration to artists and filmmakers, but also a work with deep philosophical heft. See, for example, Loeb’s contribution, which argues that Thus Spoke Zarathustra presents Nietzsche’s answer to the ancient problem of change.

Chapters 3 through 6, in particular—which detail  Nietzsche’s emphasis on the difficulty of affirming life; Nietzsche’s critique of Schopenhauer’s central concept of the will; and the place of  Nietzsche’s philosophy in the contemporary debate on naturalism—may surprise some readers, given the usual assumption today that Nietzsche’s book is not relevant to current philosophical discourse.

Overall, though, all the essays also provide a good framework for our current technological panorama. It’s no exaggeration to say that a revolution is going on with AI and Machine Learning tools. At issue are concerns surrounding the extension of Artificial Intelligence into realms that were assumed to be strictly human, such as large language models and text-to-image art. At a time when the limits of human ingenuity are being tested, it’s helpful to engage with a philosophical work that explicitly sets itself the goal of speaking from a posthuman or superhuman perspective.

The period when Thus Spoke Zarathustra was written was especially fertile for Nietzsche. A glance at his contemporaneous notebooks and its many entries teasing out the implications of turn-of-the-century biology shows that Nietzsche was deeply engaged with the rediscovery and reinterpretation of the human substrate. It’s a great and intriguing irony that the philosopher of the superhuman should also be so unabashedly devoted to thinking carefully about the nature of humans.

Not that Nietzsche would be bothered by the irony, of course. His style at the point when he wrote Thus Spoke Zarathustra confidently straddles the extremes of inspired poetic insight and scientific investigation. Thus Spoke Zarathustra deploys a profusion of metaphors in order to dignify the body as the ultimate source of human achievement; depicts the reality of cosmological eternal recurrence; and names the next step in our evolutionary path, the idea of the superhuman.

I finished reading this critical guide two decades after I first picked up the book second-hand as an undergraduate student. It’s been heartening to return to Nietzsche’s masterwork with these fellow travelers as guides to his inexhaustible philosophical vision.

Three views of Nietzsche. Images produced from a prompt by the author and Dalle2. Dalle2, created by OpenAI, is one of the new text-to-image artificial intelligence models that generate images based on textual prompts.

About the Author: Roberto Delgado

Roberto Delgado is a dad and a developer. He tweets here: https://twitter.com/roskideluge and tends his digital orchid here: https://orchid-0.vercel.app/...