Democracy: ‘the line of truth and utility’ 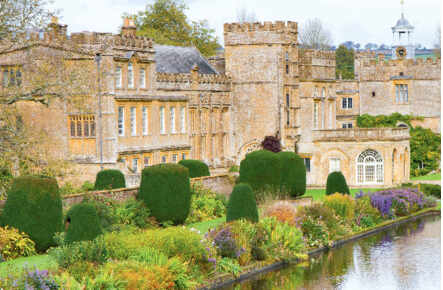 There is no doubt that liberal democracy as being currently practiced in the west, despite serious problems, is superior beyond comparison to many authoritarian or totalitarian autocracies. The latter can indeed produce impressive results which the former may not be able to achieve, but the wonders are, more often than not, sinister, namely sacrificing universal interests for particular interests. Untold numbers of people might be meaninglessly tortured or killed by the stupidities or evils of autocrats, which cannot be stopped except by the death of the autocrats and perhaps with a bloody coup or revolution. Liberal democracy is surely justified in scorning autocracy.

However, this is no reason for liberal democracy to be complacent, given the many scandals and severe damage that Boris Johnson and Donald Trump have caused to its oldest and most robust exemplars. They lied and they broke norms: their habits of telling and propagating lies make them resemble totalitarian dictators. They were, however, liked by many voters and they won elections. But liberal democracy is more than the rule of majority: it does not mean the government of the whim of the masses.
The English utilitarian philosopher Jeremy Bentham produced one of the first major philosophical defences of liberal, representative democracy. For him, ‘the greatest happiness of the greatest number’ was ‘the only right and proper end of government.’ The point of government was to serve the people. He recognized that officials were no different from other men, and in fact ‘every sensitive being’, in that they were predominantly self-interested  in other words, they gave preference to their own wishes over those of others as often as they could. More precisely, however, Bentham argued that this was the assumption that it was safest to ground whatever arrangements were made in the sphere of government and constitutional design. ‘So long as men are men’, officials would necessarily perform the sinister sacrifice, that is pursue their particular interest at the expense of the public interest. They must be continually watched and their actions subject to appropriate praise and blame. Democracy was a constitutional panopticon – a sort of reversal of the famous prison panopticon. By placing officials under the gaze of the public, Bentham aimed to ensure their good behaviour, which meant that they would promote the interest of the community as a whole, rather than their own narrow class interest or, in Bentham’s terminology, their sinister interest.

For Bentham, the cause of democracy and utility was the cause of truth. He wrote in 1776 that ‘the people are a set of masters whom it is not in a man’s power in every instance fully to please, and at the same time faithfully to serve. He that is resolved to persevere without deviation in the line of truth and utility, must have learnt to prefer the still whisper of enduring approbation, to the short-lived bustle of tumultuous applause.’ A constant theme of Bentham’s life was his opposition to fiction, namely ‘wilful falsehood’ or ‘fact-coining’. A fiction, he argued, was overwhelmingly likely to be employed to a sinister purpose and for a sinister effect: it was evidence of the corruption, inaptitude, and moral turpitude of its inventors and users, and evidence of intellectual weakness, stupidity and servility of its believers.

A critical element in a well-functioning representative democracy, Bentham argued, was a robust tribunal of public opinion. Bentham’s Public Opinion Tribunal was not only radically different from, but diametrically opposed to, the sort of fake news, encouraged by social media, which has facilitated the populism of Johnson and Trump. He saw it functioning in a way analogous to a formal judicatory: among its basic operations were fact-checking and reason-giving: ‘receiving, compelling, collecting, and storing evidence’, whether in support of or in opposition to the various claims, accusations, and defences that were being made in the political realm, and ‘hearing or reading arguments, or say reasons, of parties or advocates or both’. Opinion must be based on facts and reasons, otherwise it is meaningless and possibly pernicious noise. If the masses are easily manipulated by social-media noises, their opinions, Bentham would say, should be discounted, or perhaps should not count at all, in the democratic process.

And finally, it is a commitment to truth-telling that Bentham would argue distinguished a democratic polity from an authoritarian regime.

About the Author: Xiaobo Zhai

Xiaobo Zhai is Associate Professor, Faculty of Law, University of Macau. He is the co-editor of Bentham's Theory of Law and Public Opinion (2014) and Bentham Around the World (2021). He also writes on legal philosophy, constitutional theory, and Chinese law....

About the Author: Philip Schofield

Philip Schofield is Director of the Bentham Project, Faculty of Laws, University College London, and General Editor of the new authoritative edition of The Collected Works of Jeremy Bentham. He is the author of Utility and Democracy: The Political Thought of Jeremy Bentham (2006) and Bentham: A Guide for the Perplexed (2009)....