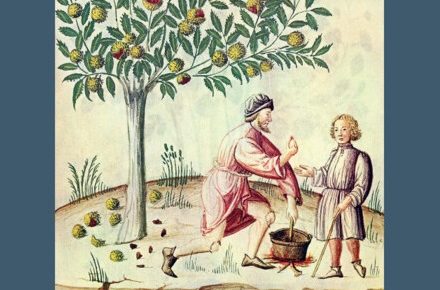 Our everyday experience of the world reveals that the things around us are constantly changing.  As I look out my window, I notice that the grass outside has grown taller, the green raspberries have ripened into larger red berries, and the metal fence posts are beginning to rust.  It is apparent that the material world does not stay the same.  Philosophers of every era have sought to answer the question of how and why things change.  Why do persistent things differ over time?  Why is it that new things come to be and old things pass out of existence?  Theories of causation pose answers to these questions and they have many applications in ordinary life.  Many, if not all, of our explanations of phenomena are causal.  Typically, when we want to explain why something happened, we appeal to a causal history.  We think that we have explained something once we arrive at what caused it.  Once we know that a certain type of thing causes another, we can predict future effects based on the presence of an adequate cause.  Natural scientists work to identify the causes of specific effects.  It is the job of philosophers to explain what causation itself is.

Causation is a notoriously difficult concept to understand.  Modern and contemporary philosophical work on causation has for the most part aimed to reduce causation to a certain logical relationship which obtains between events.  For example, one prominent theory claims that what it is for an event A to cause an event B is for A and B to exemplify a regularity such that when event A happens event B follows.  Another theory claims that causation can be understood in terms of counterfactual dependence such that event A is the cause of event B if it is true that had A not happened then B would not have happened either.  On these theories, the relationship between a cause and its effect is merely one of regular correlation or conjunction.  Causes do not act or exert real influence on material things in the world and they do not produce their effects. It is simply a brute fact that certain events regularly correlate with other events.  For instance, it is just a brute fact that the event of contact with fire correlates with burning, but fire does not do anything to bring burning about.

There are several respects in which the mainstream account of causation is unsatisfying.  In addition to providing no explanation for why certain regularities hold in nature, the mainstream account seems at odds with scientific practice.  Scientists tend to think of themselves as uncovering active powers for producing determinate effects—not regularities which hold between passive, inert events.  Given these shortcomings with the mainstream view, a growing number of contemporary philosophers have advocated for a turn back to a pre-modern approach to causation which conceives of causation as involving genuine exercise of active causal power.

In light of this renewed contemporary interest in earlier theories of causation, my book reconstructs and analyzes the medieval thinker Thomas Aquinas’s (1224/5-1275) account of causation and causal powers.  For Aquinas, the causing of an effect cannot be reduced to a logical regularity or counterfactual that obtains between a cause and its effect.  Rather in Aquinas’s view, causation is a sui generis and irreducible relationship of ontological dependence of an effect on its cause.  Causes are responsible for the being of their effects and effects depend on their causes to exist.  Efficient causes are the type of causes that originate changes in the natural world.  Aquinas holds that efficient causes are material substances which act through active causal powers.  It is not merely a brute fact that certain logical relationships obtain between specific types of events in the natural world.  Rather, material substances and their causal powers are what explain why certain regularities and counterfactuals are true.  For example, it is fire’s real causal power that explains why burning regularly follows the event of contact with fire.  Aquinas draws on insights from both the Aristotelian and neo-Platonic philosophical traditions to offer an intriguing account of what causal powers are and how they are involved in causation.  Though Aquinas had well developed views on these topics, he wrote no separate treatise on causation or causal powers.  In my book, I reconstruct Aquinas’s positions on central issues by drawing on texts from throughout his corpus.  My hope is that the book will both make Aquinas’s views accessible to non-specialists with interest in causation, while also offering scholars of Aquinas and medieval philosophy new insight into interpretive difficulties and new connections to other areas within the field.

About the Author: Gloria Frost