An Apology for the Life of Mr Colley Cibber: a new edition 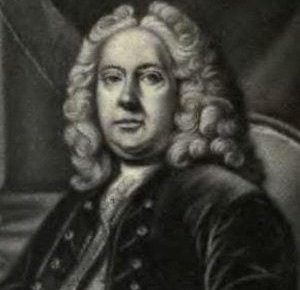 Alexander Pope thought he was dullness incarnate; Henry Fielding accused him of murdering the English Language; Aaron Hill compared his acting to ‘the heavings of a disjointed caterpillar’. Even one of his editors accused him of ‘inordinate vanity’. Actor, playwright, theatre manager and Poet Laureate, Colley Cibber (pronounced Sibber) is the fall guy of English Literature, a man better known for the mockery he incurred than for his real achievements.

We shouldn’t be surprised. Cibber lived in (and for) the public eye. He acted about 150 roles and wrote 26 plays and other entertainments; he spent almost 25 years co-managing the Theatre Royal Drury Lane, and 27 as Poet Laureate. Between 1700 and 1800, his work was performed more often than any other playwright’s except Shakespeare. Predictably, dramatists whose work he rejected loathed him. Poets disqualified by religion or politics from the Laureateship despised him. Others simply resented the success of a man whose name betrayed his migrant origins (his father, Caius Gabriel Cibber, was a distinguished Danish sculptor).

None of Cibber’s extraordinary CV would be so significant had he not decided, some time in the late 1730s, to be more than a subject of theatre history: to be, in fact, a pioneering author of it. An Apology for the Life of Mr Colley Cibber, published in 1740 when Cibber was 68 and enjoying retirement,has a strong claim to be not simply the first theatrical autobiography in English, but the first secular autobiography. But ‘autobiography’ isn’t quite the right word. The Apology does not dig deep into Cibber’s personal life. Instead, it gives a unique insight into the world of late seventeenth and early eighteenth-century London theatre: the hits and the flops, the regulations and the machinations, the stars and the also-rans. Along with its other firsts, it’s the earliest collection in English of theatre criticism, summoning up the great and lesser performances of its day with unprecedented vividness. Most of all, it’s Cibber’s answer to his critics – an answer that only made them angrier, partly because it sold so well. Jonathan Swift was said to have devoured the book at one sitting. Even Samuel Johnson found it highly entertaining.

This new edition annotates Cibber’s narrative in greater detail than any of its predecessors. It also offers the first modernized text of the Apology. Previous editions feature eighteenth-century orthography, or rather the version of it put under strain by Cibber’s elastic syntax. The first editions are littered with punctuation that bears little relationship to sound or sense. There is, undoubtedly, occasional friction between Cibber’s way with words and current punctuation conventions, but the gains in clarity are startling. Surprisingly, in authenticity too: the Apology began in fireside reminiscences to Cibber’s patron, and a modernized text enables us to appreciate what it was like to sit and listen to one of the eighteenth century’s greatest men of the theatre tell the story of his extraordinary career.

About the Author: David Roberts

David Roberts is Professor of English at Birmingham City University. His book Thomas Betterton (Cambridge University Press, 2010) was a finalist for the Freedley Award. His other scholarly editions include Lord Chesterfield's Letters (1992) and William Congreve's The Way of the World (2019). His essay on Beethoven and Shakespeare was Editor's Choic...