A tale of two elections: how “money politics” is shaped by national context 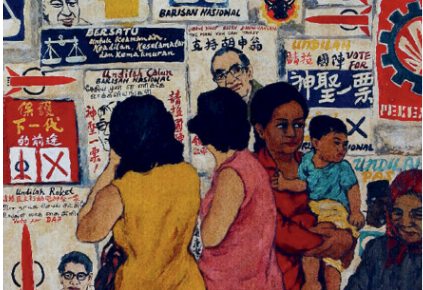 May 2022 in the Philippines. Ferdinand “Bongbong” Marcos, Jr. was running for president of the Philippines, in tandem with Sara Duterte, daughter of the term-limited incumbent, Rodrigo Duterte. Both domestic and international attention zeroed in on the presidential contest—debating whether the son of a disgraced former dictator could win. (He could and did, handily.)

But the focus on that top-line contest missed the vast and complex effort that goes into mobilizing Philippines voters in an election designed to fill more than 18,000 posts from national government down to small towns.

How do politicians get voters to turn out and support them? One of the standard tools in democracies—political parties cohering around a common set of programmatic goals—has little utility in the Philippines. Parties are notoriously weak, overshadowed by often long-enduring political machines controlled by local clans in their respective bailiwicks. These local machines, and the voters they mobilize, are fickle in their partisan attachments.

One solution that many Philippine politicians instead rely upon is to distribute material benefits to voters, most prominently by distributing cash at election time. But between elections, too, politicians deliver pork-barrel projects to their districts. They also have the capacity to “morselize” national programs: ostensibly common benefits (health programs, food relief, scholarships, and the like) are directed to neighborhoods and even individual supporters for purposes of electoral advantage. Members of politicians’ campaign teams may in part be assembled on the basis of personal loyalties, but it is not uncommon for team members to expect the reward of a local government patronage job if their candidate wins.

Contrast this situation with that in Malaysia, where an election is imminent. Vote canvassers tend to be loyal to the national party and its leaders, rather than to local dynastic machines. Right now, each party is scrambling to identify allies for pre- or post-election coalitions, to draft platforms, and to settle upon candidates and allocate seats.

Elections in both countries are rife with “money politics,” but this common term conceals many differences. In Malaysia, strong national parties captured government decades ago and, recent disruptions notwithstanding, have used their control of national budgets to build loyalist party bases and reward them. While politicians thus also distribute material benefits to voters and the communities in which the live, they tend to do so in a more organized and regularized manner than in the Philippines. Ruling party MPs, for example, are provided with regular allotments of funds—constituency development funds—which they use to reward supportive communities and their leaders. Recipients of state social welfare schemes are sometimes asked to register for eligibility at ruling party offices, giving the impression that whether or not they get the payment depends on whether they are party supporters. Opposition parties have little to distribute in such a context, and must instead appeal to voters’ consciences, and their desires for policy change, political reform, or representation.

Hence, Malaysian elections involve much more competition over party programs, identities, and loyalties than in the Philippines.

Across the world, whether in free and fair democratic elections or in electoral authoritarian regimes seeking to pad the vote count in their favor, candidates and parties confront the same fundamental challenge: to get voters to vote for them. But they pursue that goal in very different ways. While machines and parties commonly rely on the targeted disbursement of material benefits to supporters—as happens in both the Philippines and Malaysia—the process of distribution involves a range of techniques and networks.

Working out why political systems vary so much in their modes and patterns of distributions, and how and why voters differ so widely in their preferences, constitutes a major challenge for political science research. Distinct electoral mobilization regimes, we contend, arise as a product of distinct histories of party development and state building as well as the underlying structure and character of social networks. They are further shaped by who captures control of the government apparatus and its budget, and when. Once a particular pattern sets in, it can be hard to break. But changes in electoral rules—incentivizing candidates to campaign with rather than compete against fellow partisans, for instance—can be a potent way of fostering political reform.

The Philippines and Malaysia provide a tale of two elections, highlighting distinct types of “money politics”: one grounded in strong local machines and the other in strong national parties. Extending our comparative gaze even more widely, the dispensing of material benefits for electoral advantage may be the dominant means of wooing voters in some places—but not all. Patronage politics can be found throughout the world, to be sure, but it operates in very different ways and with very different effect based on specific historical, institutional, and social factors. Context matters.

About the Author: Edward Aspinall

Edward Aspinall is Professor of Political Science and Social Change at the Australian National University. He is the author of Opposing Suharto: Compromise, Resistance and Regime Change in Indonesia (2005), Islam and Nation: Separatist Rebellion in Aceh, Indonesia (2009) and Democracy for Sale: Elections, Clientelism and the State in Indonesia (201...

About the Author: Meredith L. Weiss

Meredith L. Weiss is Professor of Political Science at the University at Albany, SUNY. She is the author of Protest and Possibilities: Civil Society and Coalitions for Political Change in Malaysia (2006), Student Activism in Malaysia: Crucible, Mirror, Sideshow (2011), and The Roots of Resilience: Party Machines and Grassroots Politics in Southeast...

About the Author: Allen Hicken

Allen Hicken is Professor of Political Science at the University of Michigan. He is the author, editor, or co-editor of Building Party Systems in Developing Democracies (2009), Politics of Modern Southeast Asia (2010), Party and Party System Institutionalization in Asia (2014), and Electoral Dynamics in the Philippines (2019)....

About the Author: Paul D. Hutchcroft

Paul D. Hutchcroft is Professor of Political Science and Social Change at the Australian National University. He is the author of Booty Capitalism: The Politics of Banking in the Philippines (1998) and editor of Mindanao: The Long Journey to Peace and Prosperity (2016) and Strong Patronage, Weak Parties: The Case for Electoral System Redesign in th...