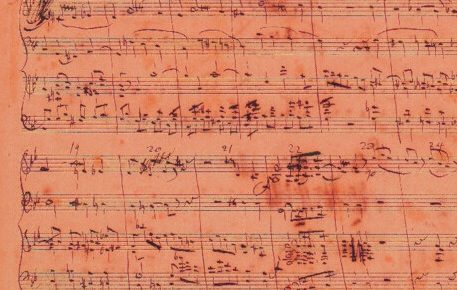 One of the most enriching aspects of working on Clara Schumann Studies was the opportunity to rethink and listen afresh to Schumann’s rich and varied contributions to musical culture in the nineteenth century and beyond. Bound up with the project, the first in the Cambridge Composer Studies series to address a woman, was an enticing invitation to open out the idea of what a composer could be and do, in line with the recent calls for more diverse and inclusive histories of music.

Taking Schumann to mean Clara (rather than Robert, as has been customary) was the first step in the process. This was not to make her conform to the figure of the ‘great’ male composer. Nor was it to promote her uncritically as a ‘woman composer’. Rather, it represented a move towards re-gendering that familiar surname, a reminder of the power of language in ascribing value and agency.

Emerging in tandem with this was a desire to reassess Schumann both on her own terms – restoring her voice, long concealed, to the music-historical record – and in relation to the nexus of ideas, people, and places that shaped her artistic outlook. In other words, our goal was to humanize (rather than apotheosize) Schumann’s contribution to nineteenth-century life and art, to shift the pendulum from Schumann and ‘his world’ to Schumann and ‘her world’.

As editor, I was keen to assemble a collection of essays, a tapestry of thought, that would capture the multifaceted nature of Schumann’s creativity in non-hierarchical terms. Thus, as the picture of Schumann the composer emerges, it does so vis-à-vis her work as performer, pedagogue, improvisor, and editor, among other roles.

To give a few examples: in Chapter 6, Susan Wollenberg, taking her cue from Schumann’s experience of studying and performing J.S. Bach’s Preludes and Fugues shows how such experiences filter through in her own approach to fugal writing in her Three Preludes and Fugues, Op. 16. Another way into Schumann’s creativity is offered by Alexander Stefaniak in Chapter 10, where he highlights her compositional interventions (such as omitting and juxtaposing pieces) in her programming of Robert Schumann’s piano sets. Essays of this kind are complemented by those exploring the socio-cultural dimension of Schumann’s world, among them Anja Bunzel’s exploration of her social circles in Dresden (Chapter 1), Susan Youens’s consideration of political elements in her Lieder (Chapter 2), and Roe-Min Kok’s assessment of Schumann as Robert’s posthumous androgyne (Chapter 11).

Whether in terms of developing new interpretations of Schumann’s music, recontextualizing her image and identity, or reflecting on patters in her reception history, central to all chapters is the idea of a conversation, of exploring interconnected pathways in Schumann’s creativity and in the study of women in music more generally.

The conversation continued at the launch of Clara Schumann Studies, during which guest speakers Sarah Fritz, Valerie Woodring Goertzen, and Nina Scolnik responded to the book in light of their work across scholarship, performance, teaching, social media, and fiction. All of this was beautifully interlaced with a performance of Schumann’s Romance in B major, Op. 5 No. 3 and B minor Romance by Lorna Griffitt – pieces that, with their poignant mixture of joy and optimism, memory and nostalgia, represent in microcosm ideas that run through her oeuvre.

The launch can be viewed at https://youtu.be/-SGTD6k7fVA

About the Author: Joe Davies

Joe Davies is the editor of Clara Schumann Studies. He is the Marie Sklodowska-Curie Global Fellow at the University of California, Irvine and Maynooth University. His research focuses on nineteenth-century music, its interaction with other art forms, and its relationship with notions of authorship, gender and self-fashioning. He is co-editor of Dr...