The ‘historic’ present tense: What is it for?

Written by: Arjan A. Nijk 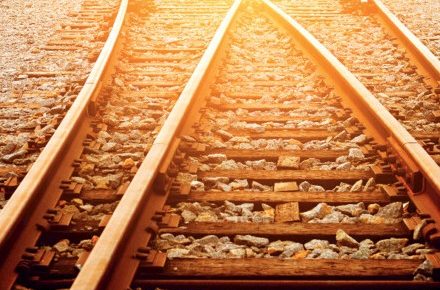 ‘It’s a tense stand-off as Melvyn Bragg raps John Humphrys’, reads a 28 July 2014 Evening Standard headline. What was the cause of this dispute between two giants of British broadcasting? Lord Bragg’s show In our time featured discussions with academics on cultural, historical and scientific topics. When talking about key moments in history, there was a tendency for participants in the show to use the present tense to refer to past events. This ‘historic’ use of the present tense annoyed Humphrys:

“We’re speaking like the headlines in newspapers – you know, ‘the Queen arrives in Glasgow’ … Well, she arrived in Glasgow six hours ago. What’s wrong with the past tense? It tells us what happened in the past. (from The Guardian 27 July 2014 ‘John Humphrys throws down gauntlet to Melvyn Bragg over use of present tense’)

Humphrys felt that the historic present “gives a bogus, an entirely bogus, sense of immediacy; it is irritating, it is pretentious.”

A day later in The Guardian, David Shariatmadari responded to Humprhys’ comments (‘John Humphrys is wrong – the historic present tense keeps the past alive’). He defended the merits of the use of the historic present by appealing to the intuitive sense that talking about the past involves a mental replay of these events, which makes the use of the present tense to refer to them natural.

Both Humphrys and Shariatmadari depart from the assumption that the function of the historic present is to make the past feel vividly present. There is evidence that points in this direction: the use of the historic present tense has been found to correlate with greater vividness of recollection in autobiographical narrative. (See Hellawell and Brewin, ‘A comparison of flashbacks and ordinary autobiographical memories of trauma: Content and language’, Behaviour Research and Therapy 42.1, 2014.) Based on such evidence, one may argue, as a matter of taste, that the historic present evokes a vivid or personal perspective that is inappropriate to historical discussions.

However, the historic present is often used in contexts where it is unlikely that any ‘vivid’ effect is intended. This should make us rethink the assumption underlying the In our time controversy. Consider the following example:

Is it likely that the author pretends to be experiencing flashbacks of the founding of Rome and Athens? Or that he wishes us to imagine that we are standing there on the soil, witnessing the founding of these cities? Hardly – the descriptions are much to abstract for such an effect to be intended.

What, then, is the effect of this use of the present tense? It suggests that these events are so firmly established in the historical canon that they are almost generic truths. Every time we read a version of the stories of the founding of these cities, or we see a painting depicting these scenes, or we open a history book that discusses these events, they are re-actualised. The notion of ‘presence’ here acquires a more abstract interpretation in terms of familiarity or general accessibility.

Another function of the historic present can be to help manage the addressee’s processing of a story. In P.G. Wodehouse, Psmith in the city, chapter 27, a character is telling a story explaining why certain cricket players could not make it in time for a match. He uses the past tense for about two paragraphs and then switches to the present at the following point: What happens? Why, Willis, who fancies himself as a chauffeur, undertakes to do the driving; etc. The shift to the present tense in What happens? highlights the present accessibility of the narrated past events in the medium of the story. In other words, the designated event ‘happens now’ because it is presently told. The author does not invite us to become virtual eyewitnesses to the narrated events; rather, the present tense signals that we should pay particular attention to the following developments in the story because they are essential to the point the narrator is trying to make.

Thus, the historic present does not necessarily evoke a vivid perspective. The notion of ‘presence’ evoked by the present tense can be understood in more abstract terms such as ‘canonical status’ or ‘relevance to the unfolding discourse’. Such an extension of meaning is called ‘pragmaticalisation’ and is a common phenomenon in language. It is no different from when we use the demonstrative this to refer to entities that are not actually spatio-temporally proximal. For example, in Who is this person you say you met? the designated person is only proximal in a metaphorical sense, that is, in the sense that they are the current focus of attention in the discourse. Would anyone object to this usage because it gives ‘a bogus sense of immediacy’

The historic present will always have its detractors, but let us try to not be unnecessarily annoyed by it.

About the Author: Arjan A. Nijk

ARJAN NIJK is a Lecturer at the Leiden University Centre for the Arts in Society....