Is Healthcare a Right? A Privilege? A Responsibility? 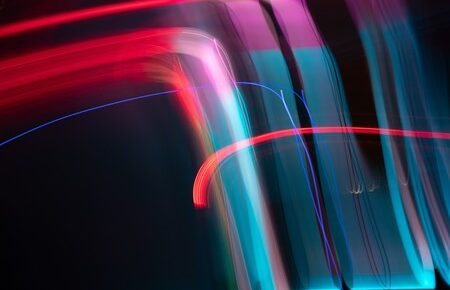 Let us start with the direct market model: providers and users of healthcare services interact with each other directly, without the intermediation of insurers. Providers set the price of their services; users are free to select their provider of preference, and each time they avail themselves of a service, they pay the provider directly, out-of-pocket. In all OECD countries, a large proportion of healthcare is traded on a direct market basis. Such a system treats healthcare as a tradable good (similar to food, houses, and cars).

A second model is that of voluntary health insurance: citizens are free to choose whether or not to sign up for insurance. In all OECD countries, individuals are free to take out a voluntary private policy; in many countries, such voluntary policies are fiscally incentivized by the state. This model conceives of health costs as essentially a risk to be protected against. Falling ill can be conceived as an unforeseeable event capable of giving rise to very unpleasant circumstances – also in terms of economic impact. As with other types of risk, (consider life or theft insurance), one can take out a policy against the financial risks of illness.

A third model, rooted in Japan and Central European countries, is that of social health insurance, also known as the ‘Bismarck model’. The basic principle behind this model is that the government requires certain categories of workers to pay contributions from their salary in order to have coverage for the risk of illness. Contributions are usually calculated as a fixed percentage withheld from gross salary and, in most countries, they are shared between employee and employer. The classic social health insurance model provides for different sickness funds that are not in competition with each another; workers are assigned to a certain fund by law, depending on their occupation. Supporters of the Bismarckian model
argue that it is based on solidarity (among workers). I don’t know if it’s just that. This model treats healthcare as a benefit or a privilege of the employee.

In countries where either voluntary or social health insurance prevails, there are often programs that can be defined as ‘targeted’. This is a fourth funding model, different from the previous ones. Targeted programs are financed by the public budget and are intended for particular target populations. The beneficiaries of these programs are generally the most vulnerable categories, such as, low-income individuals, the elderly and minors, those suffering from serious illnesses. Targeted programs are based on the principle that public resources, which are limited by definition, should not be spread out over the entire population, but rather used for the benefit of those who are needier. The rest of the population is expected to obtain healthcare by their own means. Targeted programs – used not only in the United States, but also in most Bismarckian countries – are inspired by solidarity with the most fragile groups. However, they can end up constituting a privilege.

A fifth funding model is the universalist one. This model is adopted in Australia, Canada, the Nordic countries, the UK, Italy, Spain and other countries. The universalist model is defined as a single-payer insurance scheme, financed through taxation, which covers the entire population. Compared with other insurance schemes, the universalist system is marked out by the fact that the right to healthcare is not linked with payment of a premium or a contribution, but to residing in a given country. Healthcare is therefore a right of the residents of that country.

Finally, there is a further financing model for medical care, the so-called ‘medical savings accounts’. These are individual deposit accounts whose holders periodically pay an agreed amount or a percentage of their salary. Reserves accrued on these deposit accounts can only be used to reimburse healthcare services received personally or by a dependent family member. Medical savings accounts can be mandatory (such as the MediSave program in Singapore) or voluntary (as in the United States or South Africa). Unlike voluntary insurance or mandatory social insurance, medical savings accounts do not imply any solidarity among deposit holders, nor do they provide for any form of risk pooling with others. As this model encourages the individual to be forward-looking (setting aside savings in anticipation of illness or old age), it essentially promotes a principle of individual responsibility.

Blogs need to be succinct, so I’ll stop here. As I have attempted to show, each funding model incorporates a different vision of illness and medical care. Which of the models just described is preferable? Is healthcare an economic good, a risk, a privilege, a responsibility, or a right? Or something else altogether? I hope this contribution will open a debate

About the Author: Federico Toth

Federico Toth is Full Professor of Political Science at the University of Bologna, Italy, where he teaches Organization Theory and Health Systems....

An Introduction to Indigenous...