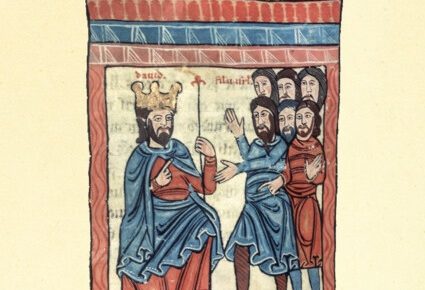 By 1200 kingship had become the natural from of government across most of western Europe. A royal title denoted antiquity, legitimacy, and the exemplary adherence to shared norms. It conferred distinction upon the individual or family holding it and marked out as distinctive the community over which they presided. The appeal of kingship reflected – and was reinforced by – the proliferation of new monarchies from around the year 1000. Over the next two centuries, new kingdoms emerged in central Europe, Scandinavia and across the Mediterranean. Concurrently, the idea of monarchy became ever more firmly enshrined in how people envisaged and conceptualised the world around them – be that the kingdom of Heaven or the fictional universe of Reynard the Fox. Only barbarians, it would seem, and Icelanders failed to be ruled by kings.

My new book, Paths to Kingship in Medieval Latin Europe, explores what royal lordship meant to people living through these changes. I am particularly interested in the degree to which kingship was a transeuropean phenomenon; the role of the people in determining what it meant; and the extent to which it was defined by tensions and contradictions. Beginning with the first, there was little to distinguish concepts of royal power promoted in Hungary from those upheld in England or Armenia. Each built on common premises: the royal office had been created by god, but rulers ought to be chosen by their people. They were supposed to do justice, work for the common good, and protect the weak. That required great power, but as a result, they were in constant danger of falling prey to its temptations. If they succumbed, they would turn into tyrants, or into gluttonous buffoons who would cause pestilence to plague the land. They would cease to be guardians of their people, and would become its oppressors instead. Good kings would seek out wise and virtuous men to counsel them, but it also fell to the great men of the realm to ensure that kings acted in accordance with the law of god. Royal status was subject to oversight and remained dependent upon performance.

Structural features reinforced this dynamic. Medieval polities were not stateless societies. However, much more so than in a modern context, successful governance boiled down to forging and maintaining personal relationships, and to creating and controlling networks. Kings and lords alike had to rely on dependents and followers, relatives and friends to act as local agents, to collect taxes and dues, requisition goods and services, do justice and keep the peace. The more widely dispersed one’s estates, the more important these people became. They provided the resources to perform the duties of one’s office. The ruler had an additional advantage: he was able to call upon the leading men of the realm to augment his resources. This had repercussions for their role as well as his. It fell to them to ensure that the right person occupied the throne and that he performed his duties diligently and with care. Kingship was not the king’s alone to practise.

Finally, any attempt at defining kingship has to recognise its inherent contradictions. Even as fundamental a concept as ‘justice’ could encompass mutually exclusive expectations: kings ought to enforce the law with rigour, yet practice mercy; reward followers and aid the weak, but offer gifts and grants based solely on merit. Sometimes, norms had to be broken so that more hallowed ones could be upheld. When electing a king, unanimity was essential. Any decision reached should also be spontaneous. There was supposed to be no bargaining, campaigning, or canvassing. In practice, people could have one or the other, but never both – either a unanimous result that might endure, and which had been carefully negotiated in advance, or a multitude of warring claimants, chosen freely and spontaneously. Ideals and norms provided a framework, not a tick box-style template. What they signified, which particular reading was invoked, and how it was implemented, depended on context, and had to be agreed by all the actors involved. Kingship was pervasive because, in more ways than one, it touched upon the lives of many more people than just the one wearing the crown.

About the Author: Björn Weiler

Björn Weiler is Professor in History at Aberystwyth University. He is the author or co-author of publications including Political Culture in the Medieval West, Byzantium and the Islamic World (2021), Representations of Power in Medieval Germany (2006), and Kingship, Rebellion and Political Culture (2007, 2nd Ed 2012)....