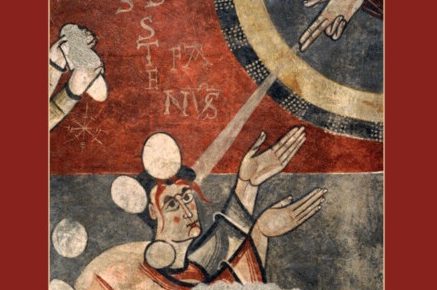 Pain, Penance, and Protest arose from a resolve to reconcile the legal historical world of medieval England with the medieval history that I know so well through my teaching and research. Perhaps because legal history tends to be dominated by lawyers rather than by historians, I have often felt that the legal histories I read are so detached from the culture of medieval England, in particular, from the deep religiosity of its people. While there was certainly some semblance of separation between medieval England’s church and state in the fact that each managed its own set of courts with its own system of law (canon vs. common), the overlap and interplay between the two in the medieval context was extensive. This is abundantly clear when examining the king’s courts of justice. Common law had to be consonant with God’s law; royal justices were often also members of the clergy; and, as this book argues, much of the justice meted out by the king’s courts was in fact penitential in nature.

Traditionally, legal historians have viewed the 12th century legal revolution as the moment in which the common law shrugs off the irrationality of a judicial system reliant upon God and focused on Christian souls. Evidence for this perspective is founded on the abandonment of trial by ordeal and compurgation, two forms of evidence reliant on God’s intervention. This book rejects the view that God simply retreated and left justice instead in the hands of men. Examining the English legal system through the lens of a particular practice – peine forte et dure (strong and hard punishment) – the goal of this book is to recognize the role played by God and Christianity in the secular courts of medieval England from the thirteenth through the fifteenth centuries.

When an individual refused to plead to a felony indictment, the English courts were paralyzed – they could not continue to trial without a plea. Their solution was to send the uncooperative defendant back to prison to reconsider that decision. Coercive measures, described as peine forte et dure, were applied in order to encourage the defendant to plead. Peine forte et dure was an umbrella term for a body of punishments ranging from nudity, isolation and a starvation diet, to pressing with weights for the more recalcitrant and treacherous individual. The violent nature of peine forte et dure has left some historians wondering how this “barbaric” practice fits in with the modernity of other innovations of the same era, such as the trial jury. Peine forte et dure was generated by a contemporaneous revolution in penance, in which violence inflicted upon the body was valorized as a productive means of turning the soul towards God.

This book does not concern itself only with the church and state; it also focuses on the agency of defendants. Why did they refuse to plead, knowing that it would lead to violent repression? The answer lies with Christ as he appears in the English mystery plays, standing mute before Herod when asked to plead.

About the Author: Sara M. Butler

Sara M. Butler is the King George III Professor in British History at the Ohio State University. She is the author of three books: The Language of Abuse: Marital Violence in Later Medieval England, Divorce in Medieval England: From One to Two Persons in Law, and Forensic Medicine and Death Investigation in Medieval England....