An early manifestation of a contemporary debate: Kant’s early critics on freedom of the will 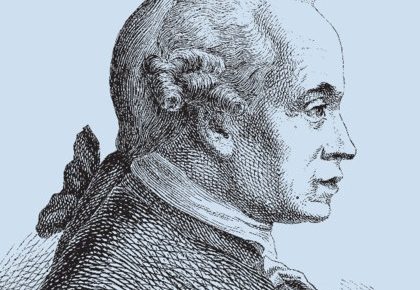 Contemporary analytic philosophy on free will deals with questions such as “How is freedom of the will possible given the causal predetermination of events in the world?” or “How can we justify the claim that we possess freedom of the will?”. Our edition shows that these questions had already been discussed extensively in the early post-Kantian debates on freedom. Concepts central to the contemporary discourse on free will, such as “indifferentism”, “determinism”, “indeterminism”, and “compatibilism,” gained unprecedented philosophical traction in the course of these debates. Thinkers such as Johann Heinrich Abicht, Karl Heinrich Heydenreich, Carl Christian Erhard Schmid, and Johann August Heinrich Ulrich, who are virtually forgotten today, developed original theories in the wake of Kant that are still of systematic relevance.

While Kant’s theory of free will has received considerable attention, until recently the historical context of the debates surrounding it has been largely neglected. This is especially the case with respect to the availability of texts from these debates in English. Our edition comprises texts from a range of central yet lesser-known philosophical contributions, which document the controversy on the problem of human free will in the reception of the Critical philosophy. These texts depict the philosophical landscape of the immediate reception of Kant’s theory of free will broadly understood as comprising the body of Kant’s claims about free will between 1781 and 1797.

The texts presented here are instrumental in indicating some of the problems with which interpreters are confronted, such as timeless agency, the reconciliation of nature and freedom, the compatibility of free will with the principle of sufficient reason, the intension and extension of Kant’s various concepts of free will, the epistemic status of the proposition that we possess free will, the relation between freedom and moral culpability, and the relation between freedom and the foundation of morality. Accordingly, the present volume will be of both historical and systematic interest.

About the Author: John Walsh

John Walsh is postdoctoral researcher at Martin-Luther-Universität Halle-Wittenberg, where he is coordinator of the 'Obligation of Societal Norms' International Graduate School. He has written several book chapters on free will and ethics in German idealism....

About the Author: Jörg Noller

Jörg Noller is Lecturer in Philosophy at LMU Munich. He has published numerous books on Kant and German idealism, including The Concept of Will in Classical German Philosophy (with Manja Kisner, 2020) as well as articles in journals including the European Journal of Philosophy and Kant-Studien....