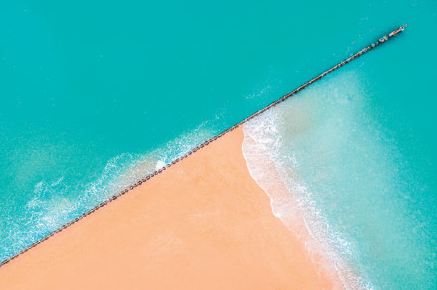 What made you write this book?

The monograph is based on my doctoral thesis, which was defended at the University of Aberdeen in June 2018. That work had emerged from a mere ‘what if’ question. While studying the world’s maritime boundary disputes, I observed that a significant number of those interstate situations involved privately held rights (relating mainly to fishing and petroleum exploration, but also to scientific research), which one or both of the states concerned had unilaterally granted to non-state actors in the area of overlapping claims. An international lawyer would typically investigate the legality of a state’s decision to create such rights in contested waters without notifying or consulting its neighbour and the legal consequences that this action would have for the interests of the concerned states. Departing from this approach, I examined the above cases from the perspective of the non-state actors involved, asking myself what happens to private rights attached to a disputed maritime area if this area changes hands pursuant to a subsequent delimitation treaty or judgment, passing from one state to another. Does the legal framework of maritime delimitation protect those rights effectively against potential reallocation? In order to answer these questions, I considered the treatment of private rights in land boundary-making, drawing lessons for future developments in law of the sea.

What was the most challenging part of writing this book?

The comparison between land and sea! Land and maritime delimitation are examined separately in the literature -maritime delimitation being studied mainly by legal scholars and land delimitation by geographers. Also, the nexus between maritime boundaries and private interests remains largely underexplored in literature. Aware of those challenges, I was quite hesitant to begin this study. However, my conversations with the late Professor Barbara Kwiatkowska (the first person I shared my PhD proposal with) encouraged me to step outside my comfort zone and ‘dive into waters where no one else had swum before’.

What is the book’s main message in a sentence?

We can’t equate land and sea but we can balance their asymmetries.

I am currently focusing on some energy law projects. My latest study explores the relationship between Covid-19, energy transitions, and oil industry. I’m also interested in behavioural approaches in law as well as gender issues.

Which book are you currently reading?
Sea State by Tabitha Lasley (my love for the theme of natural resources goes beyond academic works). Also being a great music-lover, I have pre-ordered David Bowie Outlaw by Alex Sharpe.

About the Author: Marianthi Pappa