Expressing identities: what the UEFA rainbow quarrel tells us about the protection of gay lives 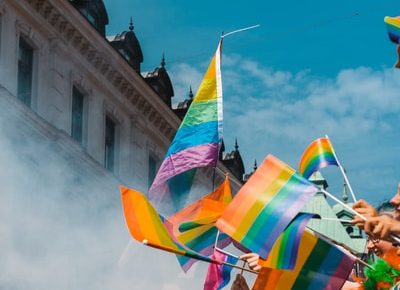 One of the many controversies surrounding the Euro football championship was sparked by Uefa’s decision to quash the plans of the city of Munich to illuminate its Allianz Arena in rainbow colours in support of LGBTQ+ rights for Germany’s Euro 2020 match against Hungary. Uefa rejected the action due to the “political context” of the Stadium’s illumination, “a message aiming at a decision taken by the Hungarian national parliament”. Indeed, Munich’s city council had wanted to illuminate the stadium in order to protest against legislation passed by Hungary’s parliament on 15 June 2021. This legislation, which entered into force on 8 July, outlaws the sharing of information with minors that the government considers to be promoting homosexuality or gender change, including, for example, banning gay people from featuring in school educational materials or TV shows for minors. In the view of Hungary’s Prime Minister Victor Orbán, the Hungarian legislation is not anti-gay. On the contrary, Orbán claims to be ‘a fighter for … the rights of the homosexual guys’, but that ‘this law is not about that… It’s not about homosexuals.’ Indeed, the legislation is justified with the protection of children who might ‘misunderstand’ such information, and whose development of moral values might be ‘confused’ by such contents.

Orbán’s framing of the Hungarian legislation makes a typical move: It distinguishes between the supposedly protected and bracketable fact of homosexuality proper, on the one hand, and on the other hand the management of information about it. This distinction is a particularly powerful mechanism. Queer theorists, such as Eve Kosofsky Sedgwick have long described how an act/identity distinction functions as a double bind, or a Catch-22, with very detrimental effects for gay existence.

While the Hungarian legislation coupled with the government rhetoric enacts the act/identity distinction on a broad scale, such reasoning also functions at the individual level, and can be very consequential, especially in the context of granting asylum. On 27 June 2021, just a couple of weeks after the dispute between Uefa and the city of Munich, Der Spiegel, a major German news magazine, published an article outlining how German decision-makers regularly reject asylum claims of gay applicants on the basis that they can return home and live secretly in such a way that they would not come to the attention of the persecutors in their home countries – where homosexual acts may be criminalised, or homophobic violence rampant. The logic is that gay people can avoid persecution if the surrounding society, and hence potential persecutors, do not know that they are gay. Such decision-making practice persists regardless of a 2013 judgment by the Court of Justice of the European Union, holding that asylum seekers cannot be rejected on the basis that they could ‘reasonably be required’ to be ‘discreet’ in their country of origin. In Germany, only if the asylum seeker convinces the decision-maker that their identity is sufficiently shaped by their sexual orientation they will be granted asylum. Regardless of whether they might engage in same-sex sexual behaviour, or otherwise express their sexual orientation, this would not warrant protection if their identity was not considered to be sufficiently determined by the same-sex sexual orientation.

In this manner, the distinction between expression and identity functions as a double bind, where priorities can be flipped. Asylum seekers are wound up in a web of contradictions: ‘Discretion’ may be expected or required at one point, disclosure at another, and sometimes both simultaneously for different reasons and purposes. An asylum seeker’s case as a gay person who has a valid claim for refugee protection may be made impossible by at once requiring disclosure and forbidding it.
The Hungarian Prime Minister Orbán exploits the same logic: His legislation separates the expression of gay life from gay identity and pretends to attack the former while protecting the latter. That this logic is bound to fail has long been pointed out by LGBTQ+ organisations, such as Háttér Society. Uefa, too, got wound up in contradictions following the rejection of the request to illuminate the stadium in rainbow colours. Identity and expression of sexual orientation are inextricably linked – the existence of gay life is only possible where both are protected.

About the Author: Janna Wessels

Janna Wessels is Assistant Professor at the Amsterdam Centre for Migration and Refugee Law, Vrije Universiteit Amsterdam. She has held research posts at the law faculties of UTS Sydney and Giessen University. Her main research interests are in the areas of migration law, human rights and refugee protection....