Why, Once Again, Civil Disobedience? 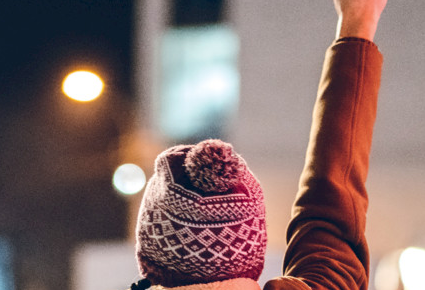 Why a new volume on civil disobedience? Libraries are already filled with fat tomes on the topic. Henry David Thoreau, Mahatma Gandhi, and Dr. Martin Luther King, Jr., canonical figures in its history, inspired many familiar and not-so-familiar movements and ignited wide-ranging political and scholarly debate. What possibly remains to be said about civil disobedience?

Contemporary trends suggest the necessity of revisiting its theory and practice. Presently, we are witnessing a worldwide proliferation of (occasionally novel) politically motivated illegalities, with activists regularly placing them under the rubric of civil disobedience. So-called “digital disobedients” (e.g., Chelsea Manning, Edward Snowden), Black Lives Matter (BLM) protestors targeting racialized policing, Extinction Rebellion climate change activists, Hong Kongers resisting the PRC’s authoritarian clampdown: all have classified some of their protests as civil disobedience, even when Gandhi or King might have found their claims surprising and perhaps unsettling.

Snowden, for example, described his whistleblowing on US surveillance as civil disobedience. Yet he has so far circumvented legal sanctions, something that conflicts with what Candice Delmas, one of the volume’s contributors, dubs the standard civil disobedience “playbook.” Similarly, observers of both BLM and the Hong Kong democracy movement occasionally assert that they have jettisoned the playbook’s usual commitments to civility and nonviolence, effectively swapping civil for uncivil disobedience –its rowdier, less acceptable cousin

Such controversies raise difficult but politically consequential questions. The playbook model Delmas criticizes in her chapter characterizes civil disobedience as political lawbreaking that is strictly civil and conscientiousness, legally non-evasive, nonviolent, and public. But as the volume quickly shows, even among those endorsing some version of that playbook we find starkly contrasting interpretations. Alongside religious-spiritual (e.g., Gandhi, King) and also liberal (e.g., John Rawls, Ronald Dworkin) writers, deliberative democrats, political realists, radical democrats, and also anarchists have developed rival accounts. Some of the volume’s contributors question whether civil disobedience, in its most influential present-day versions, has much if anything to do with what Gandhi, King, or Thoreau had in mind. Others go so far as to challenge the playbook’s core elements. Why should civil disobedience require nonviolence, for example, or publicity?

My edited volume provides no readymade answer to these and other related questions. But by giving voice to a diverse range of impressive contributors, The Cambridge Companion to Civil Disobedience should help scholars, students, and –yes—also citizens and activists think more clearly about the complex issues at hand. The contributors’ disagreements notwithstanding, we hope that our joint efforts will ultimately yield, however indirectly, real political dividends.

About the Author: William E. Scheuerman