Slavery Then and Now: Interrogating the Past to Understand the Present 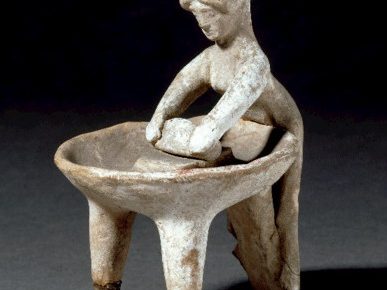 As America reckons more fully with the legacy of slavery, and the world confronts the horrors of ongoing systems of oppression of peoples such as the Uyghurs in China and the Rohingya in Myanmar, what can we learn from the history of slavery in ancient Greece? This book argues that an understanding of ancient Greek slavery is important for two reasons.

The first reason is to give the hundreds of thousands of enslaved individuals who lived in ancient Greece their historical due by documenting their lives. This means uncovering not just how they labored and suffered but also – to the extent possible – their thoughts and aspirations, and especially the ingenuity with which they exploited the contradictions in the system of slavery to reclaim rights, human dignity and sometimes even freedom itself. It also means examining the full range of experiences of enslaved persons, from the young boy toiling in a blacksmithing shop under the lash of a whip, to the publicly-owned slaves who performed vital civic functions and lived independently. Among the various lives examined in this book are the many women who performed domestic chores in the households of their enslavers and the entrepreneurial women who wove textiles for market, some of whom accumulated enough personal property to purchase their freedom.

More unusual, yet still illustrative of the diversity of experience of the enslaved, is the case of an enslaved individual named Drimakos, who established a colony of runaway slaves on the island of Chios and negotiated a treaty that allowed those who were egregiously abused a place of refuge. Similarly, some enslaved individuals sought refuge in religious shrines and were transferred by temple authorities to less harsh enslavers, or even freed by being designated “slaves of the god.” Furthermore, there is evidence that some enslaved individuals engaged in clever ruses by which they leveraged the laws to their advantage. For example, despite being denied legal rights, some slaves exploited the law that required offending slaves to be handed over to their victims as compensation for harm. By conspiring with a third party and then staging an act of damage or wounding, enslaved individuals engineered their transfer to individuals with whom they had arranged better living conditions. We only know of such legal dodges because the laws had to be augmented by provisions to counter such acts of resistance. Even laws concerning citizenship sometimes reveal that some enslaved individuals tried to pass as free citizens, a tactic that was facilitated by the lack of obvious physical markers of difference such as skin color.

The second reason for exploring the slavery in ancient Greece is to contribute to the understanding of the full diversity of systems of slavery in world history. For example, in contrast to slavery in the American South, slavery in ancient Greece was not based primarily on racial distinctions. Rather, both Greek and non-Greek individuals were enslaved following defeat in warfare, capture in raids or birth to an enslaved mother. In common with other slave systems, however, enslavers in ancient Greece projected imagined distinctions onto the enslaved, such as “a body suitable for manual labor” or a “slavish nature.” In some intellectual circles (e.g., Aristotle), these invented characteristics became associated with persons of non-Greek ethnicity, yet the Greeks continued to enslave other Greeks throughout their history. Moreover, these degrading distinctions were applied despite the Greeks’ reliance on enslaved individuals for work requiring literacy and numeracy, such as civic administration and banking.

The intellectual acrobatics of ancient Greek ideologies of slavery, therefore, provide a particularly vivid demonstration of the arbitrariness and artificiality of constructions of difference between human beings. The study of ancient Greek slavery is a stark reminder of how societies can construct systems of discrimination that are widely accepted in their own time but patently self-serving and inhumane when viewed from afar. While slavery itself has largely been abolished in the modern world, slave-like conditions remain for groups such as the Uyghurs in China, and there is continual need to interrogate the ideas and institutions that undergird modern discriminatory systems. A view from ancient Greece can help us recognize and correct historical and ongoing injustices.

About the Author: Sara Forsdyke

Sara Forsdyke is Josiah Ober Collegiate Professor of Ancient History at the University of Michigan. She has published widely on ancient democracy, slavery and the law...